Few months ago, the rumor mill had leaked some images of the alleged Mi MIX 2S smartphone. Those images had revealed that the Mi MIX 2S will be having a notch like the iPhone X. Today, a leaked image that contains the key specs of the smartphone along with its design have surfaced. The information revealed by the new image does not match with the recent leaks of Mi MIX 2S. 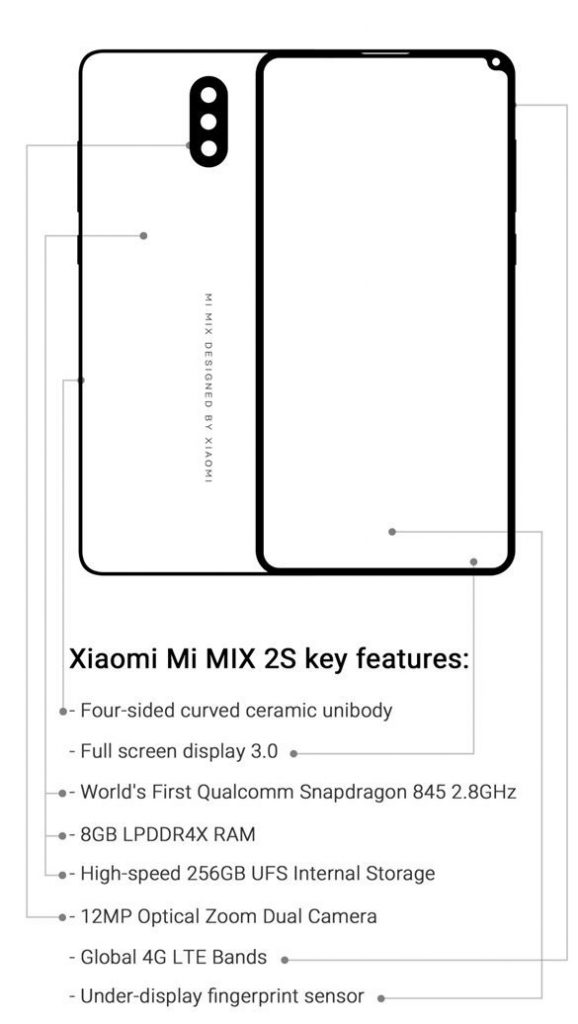 According to the above screenshot, the MI MIX 2S will be arriving as the world’s first Snapdragon 845 smartphone. It will be arriving with Full Screen 3.0. Judging by the design shown in the image, it appears that it will be arriving with slimmer bezels than the Mi MIX 2. Also, compared to predecessor phone, the Mi MIX 2S’s selfie camera has been repositioned to the top-right corner. The handset features a four-sided curved ceramic unibody. The design shown in the above matches with a render of the phone that had appeared in the recent past. 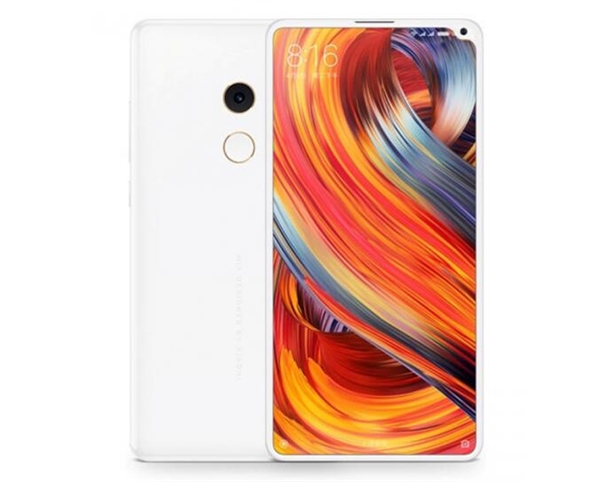 The exact size of the screen of the Mi MIX 2S has not been revealed in this leak. However, it claims that it will be arriving with an under-display fingerprint scanner feature. The rear side of the smartphone features a pair of 12-megapixel camera sensors that is enabled with optical zoom. Like the Mi MIX 2, its successor is pegged to arrive with support for global 4G LTE bands. The Snapdragon 845 chipset of the phone is accompanied by 8 GB of RAM. It has a native storage of 128 GB.