Sharp Aquos S3 smartphone has already received certification from TENAA in China and NCC in Taiwan. An image of the launch invitation of the Sharp Aquos S3 was also spotted at the beginning of the previous. The handset was expected to debut on Jan. 16, but it did not come true. While the Japanese tech giant is still silent on its launch, two leaked photos showing the front and rear of the actual handset have surfaced. 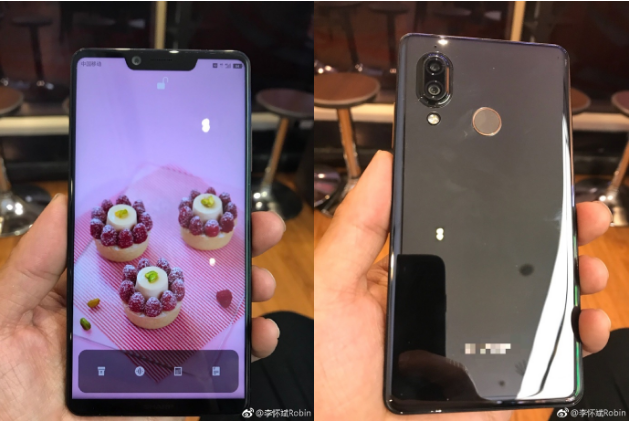 The images of the Aquos S3 that were revealed through NCC certification corresponds with the newly leaked images of the handset. As it can be seen in the new images, the Aquos S3 features a notch like the iPhone X. The notch features the selfie camera and some other sensors. The side bezels are thin, but the bottom bezel is a bit thick.

The backside of the Aquos S3 features vertically aligned dual rear cameras reminiscent of iPhone X. An LED flash is placed below the dual camera setup. The fingerprint scanner resides on the back panel of the phone. As far as the design of the phone is concerned, it appears to feature glass panels on front and rear sides with a metallic frame in between.

When is it launching? Well, we are as clueless as you are.