Earlier today, new rumors out of China seems to suggest that the new upcoming Xiaomi’s handset may not be the Mi 5s which most of us had been expecting previously. These speculations started to arise after an alleged screenshot was circulated around Chinese Weibo, showing Xiaomi’s reply to a customer inquiry that there will not be a 5s. 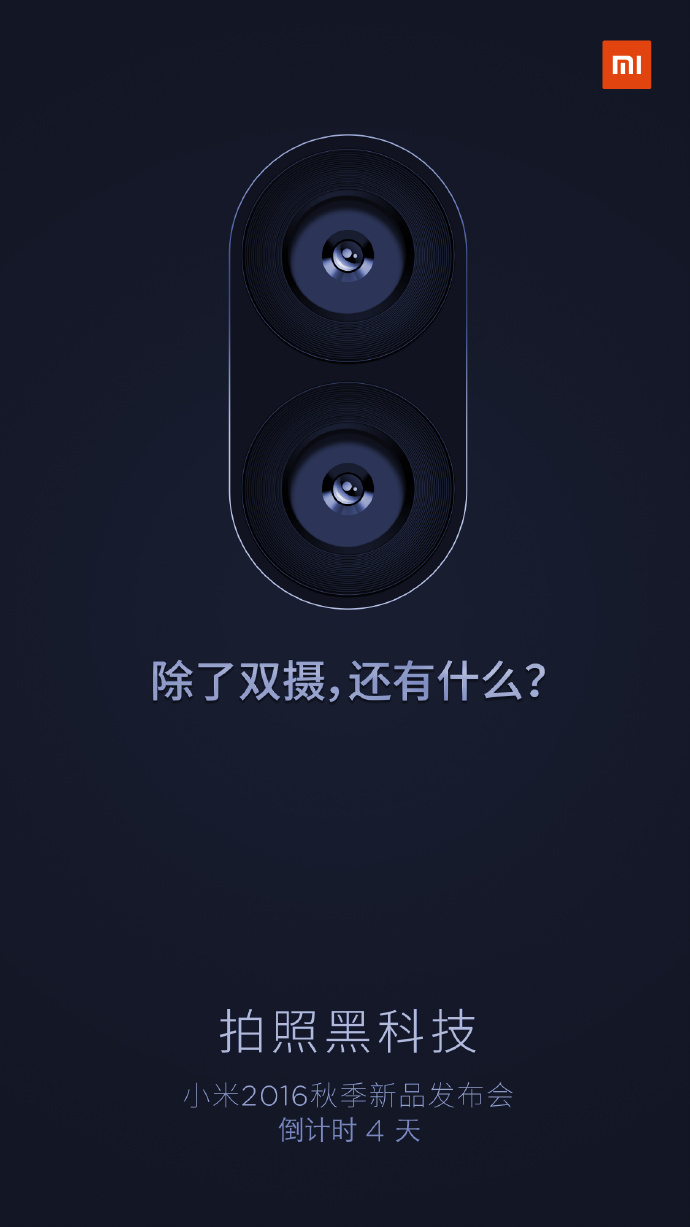 Whatever the name of this upcoming device could be, at least now we know this highly anticipated handset will be featuring a dual-camera setup at its back according to a new teaser released by the Chinese company today. This of course, isn’t align with what previous rumors have been suggesting, and provide even more credence that the upcoming handset indeed isn’t the Mi 5s, and possibly the Mi Note S instead.

Surely, we do expect this device to be packed with all the high-end goodies and will definitely not be another budget smartphone this time round.

Meizu Blue Charm U10 go on sale in China today