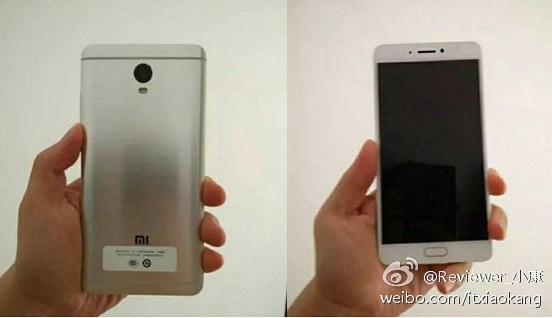 The Redmi Note 4X recently appeared on the US FCC website where it received certification, an indication that the device will likely be available outside China. Xiaomi also recently teased a scheduled product launch billed for January 19 in India. It is thought, in some quarters, that the Redmi Note 4X is the device to watch out for on that day. Even though Xiaomi didn’t disclose the specific device but hinted that a Redmi smartphone was the device coming on that day. 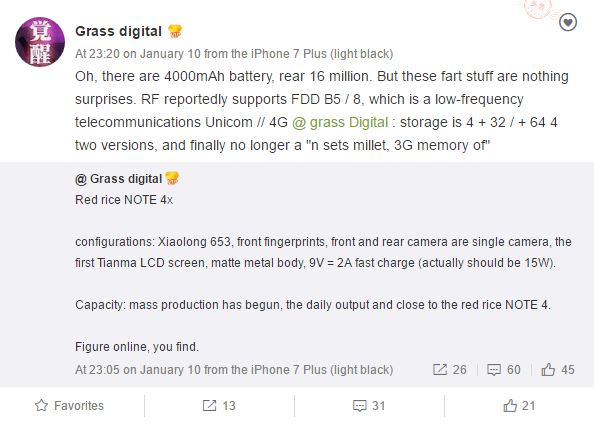 Now, more details have emerged via Weibo about the Xiaomi Redmi Note 4X, confirming that the device is indeed an upgraded version of the Redmi Note 4. According to the source, the Redmi Note 4X features a Qualcomm Snapdragon 653 chip which is a better option than the Helio X20 that the Note 4 packs. The device features 4GB of RAM but has two storage options of 32GB abd  The device is also expected with an LCD display and all-metal body. There seems to be a shift in the location of the fingerprint sensor from the rear to the front and now it is embedded under the home button on the Redmi 4X.

Further, the Xiaomi Redmi Note 4X packs a 16-megapixel rear camera unit,as well as an 8-megapixel selfie shooter. There is also a 4,000mAh battery with 9V/2A fast charge onboard. The leakster also revealed that Xiaomi has started mass producing the Redmi Note 4X. Of course the Redmi series are known for their cheap price tag, so the Redmi 4X may still be price around 999 yuan.

LG G6 rumored to be released on March 10th