Yesterday, we told you that Xiaomi will be preparing a surprise for us today and it seems like this surprise is none other than the unveiling date of the long rumored Xiaomi Redmi Note 5A which had been recently certified by Chinese TENAA authority. Just like what the rumor mills have been suggesting, the launch event will indeed be held on August 21st next week. 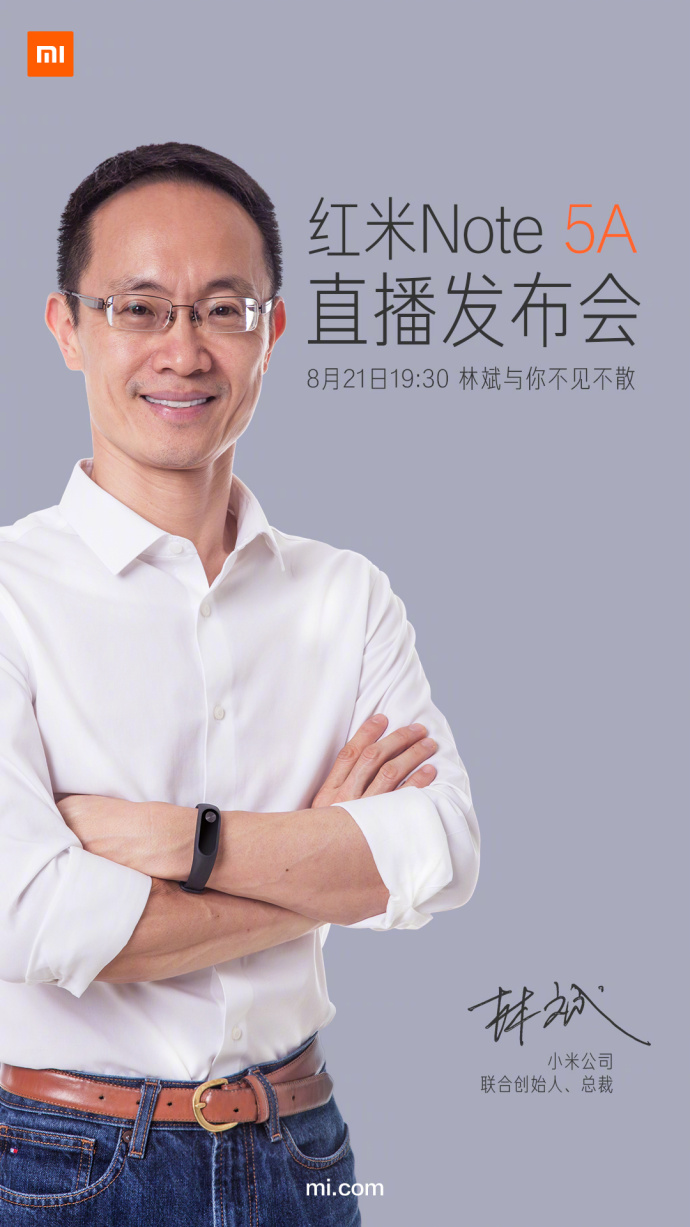 From what we’d learned so far, the Xiaomi Redmi Note 5A will be featuring a 5.5″ HD display which is powered by a 1.4GHz SoC quad-core SoC (possibly Snapdragon 425). The device is expected to come in two versions with the base model coming with a 2GB+16GB memory configuration, and a higher-end model sporting a 3GB+32GB setup. Camera-wise, the base model will be equipped with a 13MP main snapper coupled with 5MP front-facing selfies cam. On the other hand, the higher-end model will features a 16MP rear shooter and a 13MP sensor on the front instead. To keep its lights on, there is also a 3,000mAh battery to power up the device.

For those interested, the Xiaomi Redmi Note 5A is expected to come in a varieties of color options including Black, Gold, Rose Gold, White, Blue, Red, Pink, Gray as well as Silver. Previous rumors have it that the pricing for the device could kick off from 999 Yuan ($149).

(Hit this link to enjoy awesome deals from Gearbest at less than $1!)

Xiaomi is preparing a surprise for us tomorrow, is it the Redmi Note 5A?

Redmi Note 9 4G (Global) allegedly certified by EEC; May be heading to the global market soon