Today, Xiaomi has officially confirmed through its Redmi Mobile Weibo account that it will be debuting the Redmi S2 smartphone on May 10. The Weibo post that confirms the launch states that the Redmi S2 will introduce the new Redmi S series.

As it can be seen in the above poster, the Chinese actor Liu Haoran is endorsing the upcoming Redmi S2 smartphone. Also, the Redmi S2 is advertised as a selfie phone. It appears that the new Redmi S series could feature selfie-centric smartphones. The TENAA listing of the phone has revealed that it will be coming with 16-megapixel front camera that will be equipped with a dedicated LED flash. 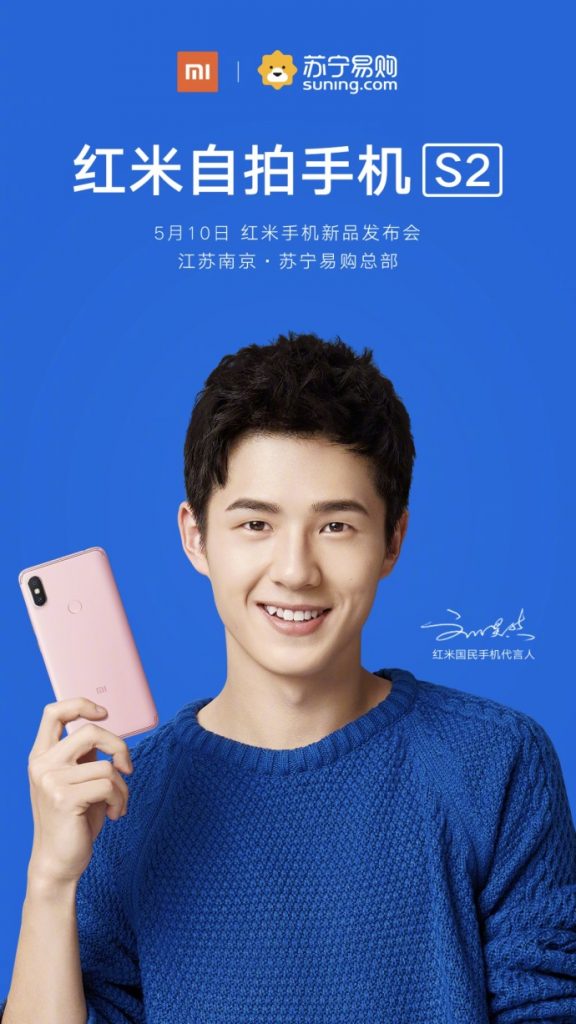 The rear view of the phone shows a design that is similar to the recently unveiled Xiaomi Mi 6X phone. The antenna bands are placed at the top and bottom edges of the phone. The top-left corner has the vertical dual camera. The fingerprint scanner also resides on the backside of the Redmi S2.

Redmi S2 Could Be Launching on May 10