The Xiaomi Mi 7 was expected to debut as the first flagship phone this year. However, the company chose to launch the Mi MIX 2S in March instead of Mi 7. After the official announcement of Mi MIX 2S, the rumor mill started speculating that the Xiaomi Mi 7 would debut within the first quarter of this year. However, rumors of the Mi 7 have reduced significantly as the several evidences of the existence of Mi 8 have surfaced. Xiaomi has also confirmed that the Xiaomi Mi 8 will be launching as its 8th anniversary smartphone. So, why did Xiaomi decide to skip the Mi 7? The Chinese firm has released a new poster on Weibo to answer this question. 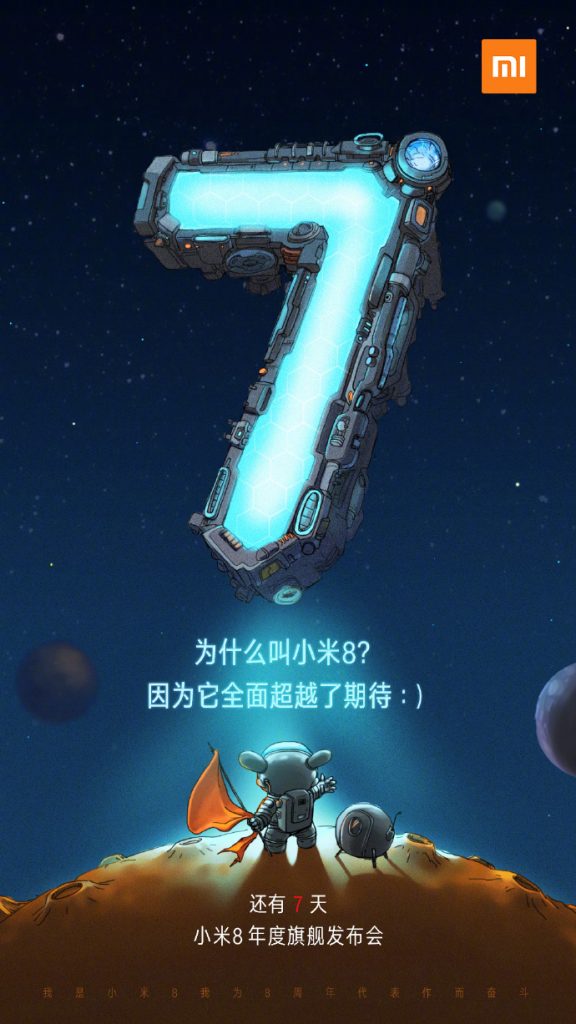 Through the above poster that features a huge number 7, Xiaomi says that since the Mi 8 exceeds expectations in all aspects, it decided to call its next flagship Mi 8.

Rumors have revealed that the Xiaomi Mi 8 will be the first Android phone to support 3D facial recognition. It is also speculated to arrive with other advanced features such as OLED display, Snapdragon 845, 8 GB of RAM, UFS 2.1 storage, wireless charging and under-display fingerprint reader.

As far as the large-sized number 7 in the poster is concerned, it is the number of days remaining for the upcoming annual product launch event that will be held on May 29 in the coming week. The above poster could be an official confirmation that the Xiaomi Mi 7 does not exist.

Honor Play 7 get sold out during first flash sale