Earlier today, Chinese-owned tech giant Lenovo has offically confirmed that 1,000,000 Moto Z smartphones has officially been sold worldwide, crowning the device as one of the most popular model in the Moto series. 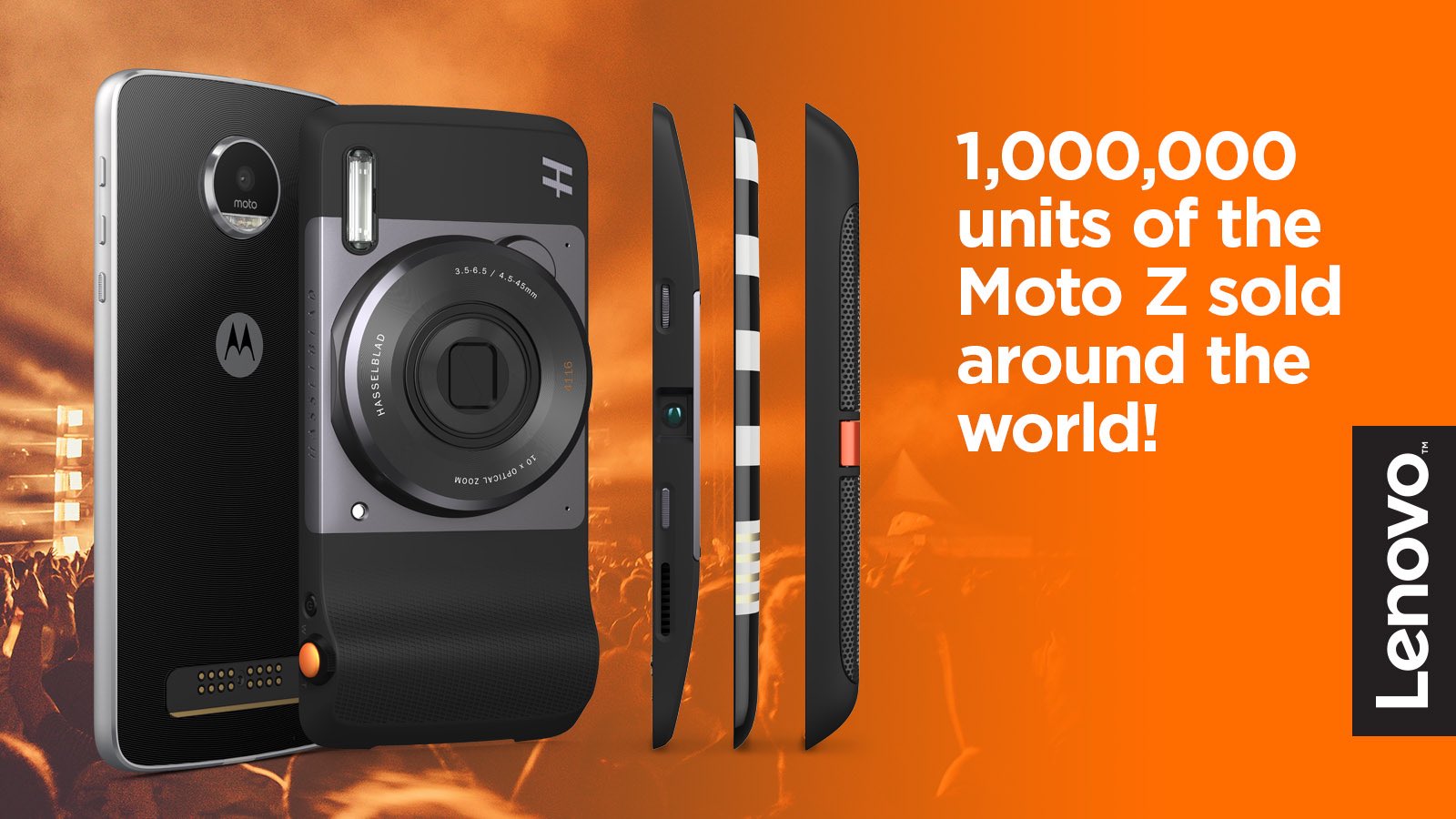 Even though the device doesn’t come with a really attractive price tag, but its vast choices of Moto Mods accessories for different customization seem to make tech goers forget about its hefty price after all. This of course, is a new milestone achieved by Lenovo so far for its higher-end smartphones, after clinging a couple of new records set by the Moto G last year in the lower-end market.

In case you’d not been following the news, Lenovo will be unveiling their new Moto M smartphone in China on November 8th, two days from now. If you’re interested you can hit here for its leaked images as well as here for its promotional pamphlets.