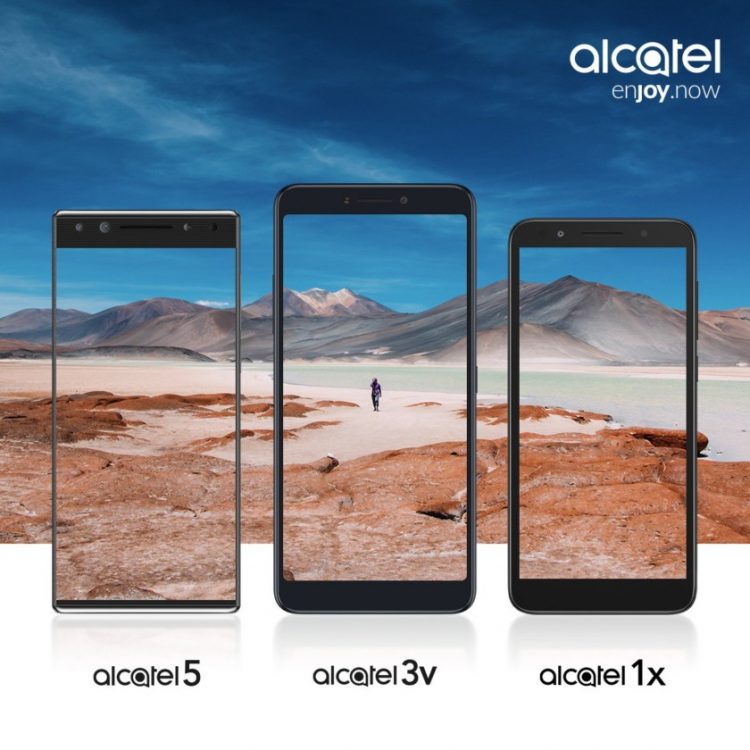 Earlier today, Alcatel had confirmed that they will unveiling their latest Alcatel 1X, Alcatel 3V and Alcatel 5 trio on February 24th later this month. Coincidentally, its unveiling date falls exactly a day ahead of the official unveiling of the highly anticipated Samsung Galaxy S9 and S9+ duo.

According to earlier leaked details, the Alcatel 3V is expected to arrive with a 6-inches display with FHD+ display resolution which has a 18:9 screen aspect ratio. Under the hood, there will be a quad-core Mediatek SoC driving the device along with 2GB of RAM and 16GB internal storage space. On the back, there will also be a 16MP+2MP dual-snapper along with a fingerprint sensor located slightly below it.

The Alcatel 5 on the other hand, is expected to feature a 5.7-inches IPS LCD display with HD+ screen resolution that has a 18:9 aspect ratio as well. Under the hood, there will be an octa-core Mediatek SoC driving the device alongside 3GB of RAM and 32GB internal storage space in its memory compartment. On the rear chassis, you can find a single 12 megapixel main snapper as well as a fingerprint sensor affixed below it.

Sad to say, there isn’t much information so far regarding the lower-end Alcatel 1X handset although it is also rumored to come with an 18:9 widescreen display, a mediocre single main snapper, as well as a fingerprint sensor. Prices for the handsets will cost around