A Nubia smartphone bearing model number NX551J has received from China’s TENAA certification body. In the previous week, the ZTE released a teaser of a smartphone that be launching on March 21. The teaser hinted that the alleged smartphone would be sporting dual rear snapper. Rumors have it NX551J smartphone could be the rumored Nubia Z17 that launch with dual rear cameras on March 21. 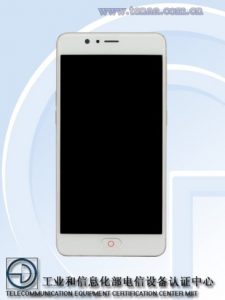 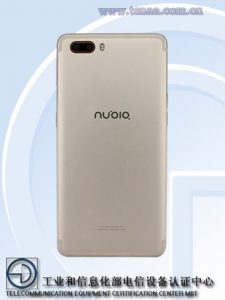 The alleged ZTE Nubia Z17 that has appeared on TENAA has a 5.5-inch OLED screen that offers a screen resolution of 1,920 x 108 pixels. It is driven by an octa-core processor that works at a speed of 2.0 GHz. The SoC is accompanied with 4 GB of RAM. The native storage of the NX551J phone is 128 GB.

The photos shown through TENAA listing shows that it has a physical Home button that could be probably housing a fingerprint scanner. It is running on Android 6.0 Marshmallow OS. Its dual rear camera sensor is of 13-megapixel. its front-facing snapper is of 16-megapixxel. It is packed with a 3,560 mAh battery and it carries support for Wi-Fi, 4G and VoLTE. It measures 154.57 x 76.02 x 7.33 mm and its weight is 170 grams. It will be coming in color choices like Black and Gold.