Earlier today, an alleged Xiaomi Mi6’s ‘About Phone’ screen was apparently leaked via Chinese Weibo which gave us some heads up on what we could possibly expect from the upcoming flagship. 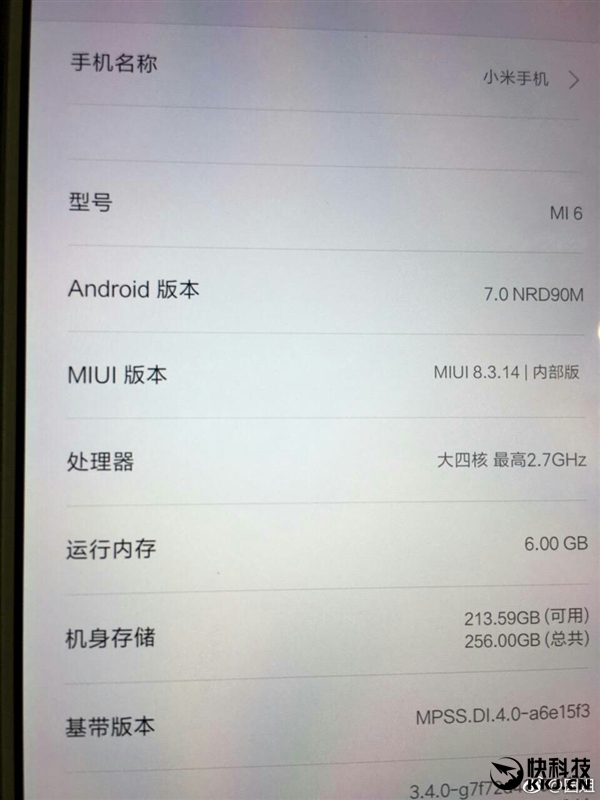 As seen on the leaked image above, the upcoming Xiaomi Mi 6 will allegedly come with a 2.7GHz SoC, which according to rumors could be a more affordable model in the series which is powered by their in-house Pinecone chipset. This doesn’t really came as a huge surprise to us since past rumors had already suggested that the new Mi 6 could be coming in several models which run on different SoC including the Snapdragon 821 as well as the latest Snapdragon 835.

Apart from that, other alleged specs also include a 6GB RAM along with 256GB of internal storage space under its memory compartment. Software-wise, the device will run on MIUI 8.3.14 atop the Android 7.0 Nougat.