The Samsung Galaxy S8 and Galaxy S8+ would be releasing in Snapdragon 835 and Exynos 8895 variants for different markets.  The alleged Galaxy S8+ smartphone with model number SM-G955F has been on Geekbench benchmarking platform. it is been found the performance of Exynos variant is better than that of the Snapdragon model. 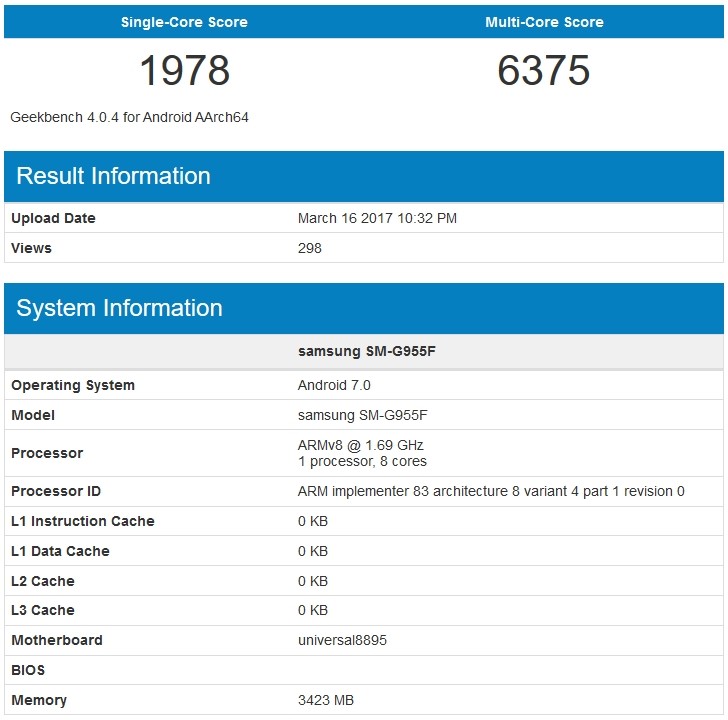 Ming-Chi Kuo KGI Securities analyst has revealed that both models are coupled with 4 GB of RAM. According to him, the Snapdragon model of Galax S8 and Galaxy S8+ would be coming to the U.S., Japan and China. The Exynos models are expected to arrive in markets like Europe and Asia. The South Korean may release a 6 GB RAM variant for Chinese and South Korean markets.