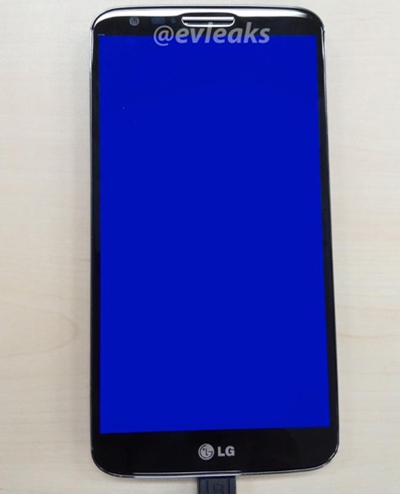 Today, @evleaks has posted yet another mystery for the Android community to solve. Apparently, they’ve received a new leaked image of an upcoming LG handset, which we expect it to be the Optimus G2 – which is rumored to be unveiled next month. Besides the Optimus G2, there isn’t any other upcoming LG handsets of that size which we can think of at the moment… or could it possibly be the Nexus 5?

Anyway, there have been many rumors surrounding the Optimus G2 recently regarding the device’s specifications and etc. Some of which claims that the device will be running on the latest Snapdragon 800 chipset and will come with a 1080p full-HD display as well. Nevertheless, it seems like LG is following the footpath of other smartphone manufacturers by removing the navigational buttons in front of the handset.

Verizon’s Samsung Galaxy S4 up for pre-order from RadioShack