The launch of the Black Shark 3 that is also being referred to as Black Shark Skywalker will be launching soon. Today, Black Shark CEO Wu Shimin has confirmed through a Weibo post about the Liquid Cooling 3.0 technology that is very likely to be available on the Black Shark 3. 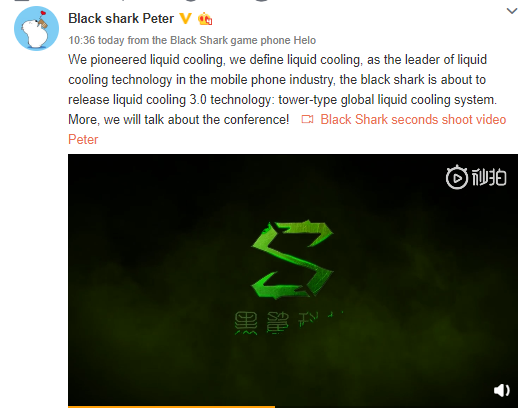 Recent reports have revealed that the Black Shark 3 will be powered by Snapdragon 855 chipset and it will be coming 8 GB and 12 GB RAM variants. The smartphone had recently received 3C certification through which it was revealed that it will carry support for 27W fast charging like the Xiaomi Mi 9.