The Realme 3 is the latest Realme phone to go official. The smartphone has arrived with a waterdrop notch screen to offer a high screen space to its users. The powerful MediaTek Helio P70 fuels the smartphone along with a big battery. It has landed in India with an inexpensive starting price of Rs. 8,999.

The Realme 3 features a 6.2-inch display that produces HD+ resolution. The waterdrop notch screen promises a high screen-to-body ratio and 450nits of brightness.

The MediaTek Helio P70 chipset powers the smartphone with up to 4 GB of RAM. It comes with an inbuilt storage of 64 GB. The ColorOS 6.0 based Android 9 Pie is loaded on the device. The global edition of the phone will be equipped with Helio P60 while rest of the specs will be same as Indian model. 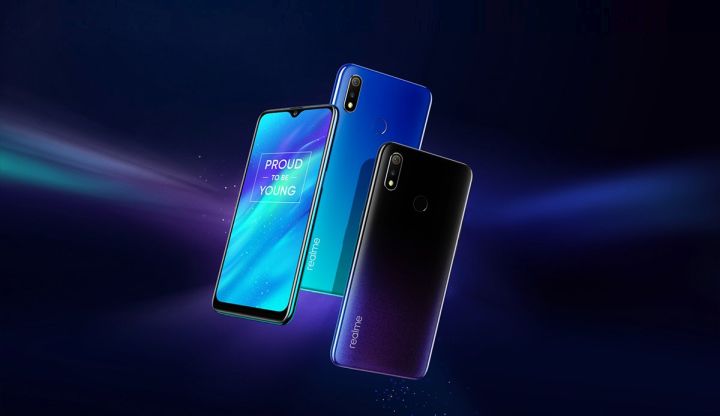 The Realme has a 13-megapixel + 2-megapixel dual camera setup. The Nightscape mode available on the device enables to capture brighter shots in low-light conditions. Sitting on the front is a 13-megapixel camera. It can be used for AI face unlock too. The back panel of the phone features a fingerprint sensor.