After finding success with BlackBerry KEYOne last year, TCL-owned Blackberry has launched the BlackBerry Key2 smartphone. The design and the appearance of the new phone is similar to its predecessor model, but it comes packed with improved internals. 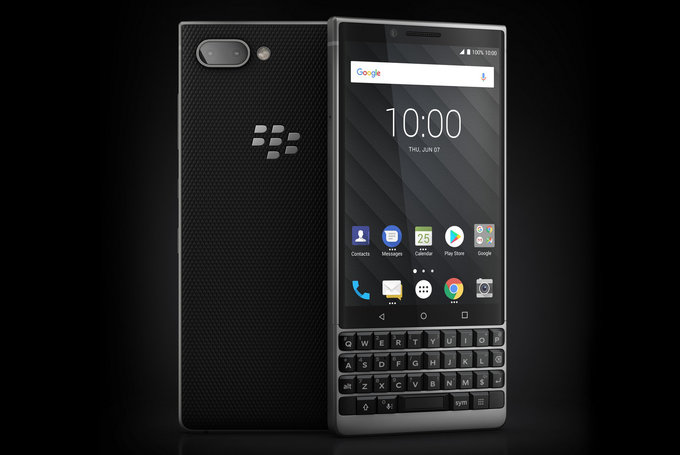 The frontside of the BlackBerry Key2 features a 4.5-inch display that produces 3:2 aspect ratio It features a 7000-series aluminum frame and metallic rear that offers good grip. Compared to its predecessor, the Key2 comes with an enhanced keyboard that offers better tactile feedback. Also, it offers a more comfortable typing experience.

BlackBerry has included a Speed key on the phone that can be customized to access around 52 shortcuts from launching apps to triggering any function. The Snapdragon 660 chipset powers the phone with 6 GB of RAM. It comes in two storage sizes such as 64 GB and 128 GB. There’s also a microSD card slot on the phone.

The Key2 is the first BlackBerry phone to feature a dual camera setup which includes a pair of 12-megapixel snappers. The secondary sensor is a telephoto lens. Apart portrait shots, the Key2 can capture images with “Optical Superzoom” which can be better understood through the below video.

The frontside of the BlackBerry Key2 features an 8-megapixel selfie camera. The screen of the phone acts a flash while snapping shots in dim conditions. It is loaded with Android 8.1 Oreo which brings along features like DTEK Security, Google Lens and Google Assistant. Good thing about this phone is that it is included in Google’s Android Enterprise Recommended program that promises regular security patches by Google. It is fueled by 3,500mAh battery.

Even though it is packed with mid-range specs, the BlackBerry Key2 comes with a higher price tag of $649. It comes in colors like Black and Silver.