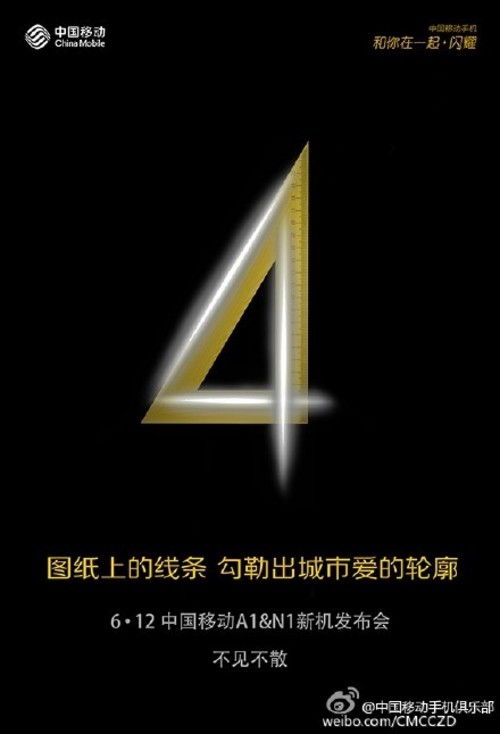 China Mobile has posted a new teaser of their upcoming launch event for their own A1 and N1 smartphones. According to the teaser, the event will be held on June 12 – so the number 4 on the teaser probably means 4 more days before their new smartphones have been announced.

Last year, the mobile carrier also launched their own mid-range M811 handset priced at just $105 and has been rather popular in their home market despite competitions from Huawei and ZTE.

According to out tipster, both devices will be powered by a Snapdragon 810 processor along with 8GB ROM + 1GB RAM. Other specs include a 8MP back camera, 2MP front camera, as well as 3,000mAh battery.

iPhone 7 will come with a new iSwipe feature?