On Nov. 26, Gionee will be announce 8 smartphones with full screen design. The high-end Gionee M7 Plus is speculated to launch at the upcoming launch event. The Gionee M7 Plus has appeared on AnTuTu benchmarks to reveal its key specifications. 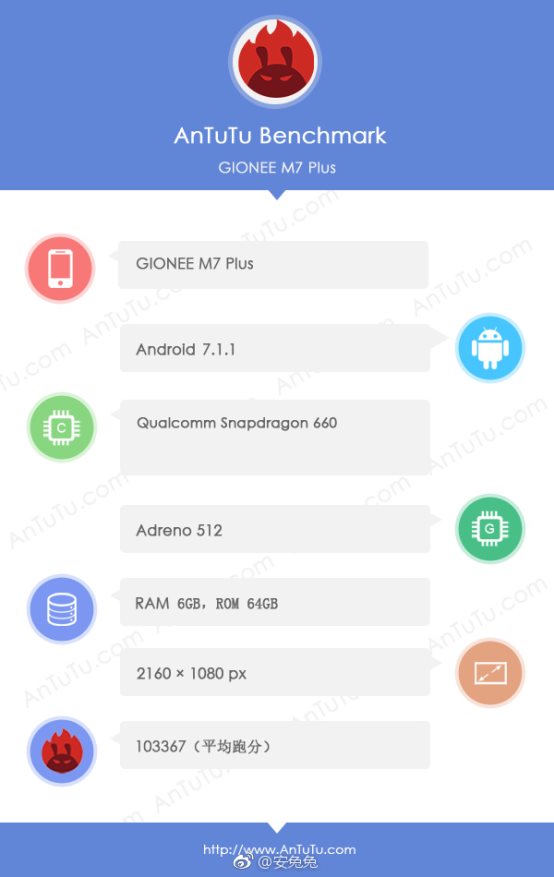 The above image shows that the Gionee M7 Plus would be coming with a display that will carry support for 2160 x 1080 pixels. The phablet is powered by Snapdragon 660 chipset that includes Adreno 512 graphics. It is preinstalled with Android 7.1.1 Nougat OS. The SoC is supported by 6 GB of RAM and 64 GB storage. The M7 Plus has scored 103,367 points on AnTuTu benchmarks.