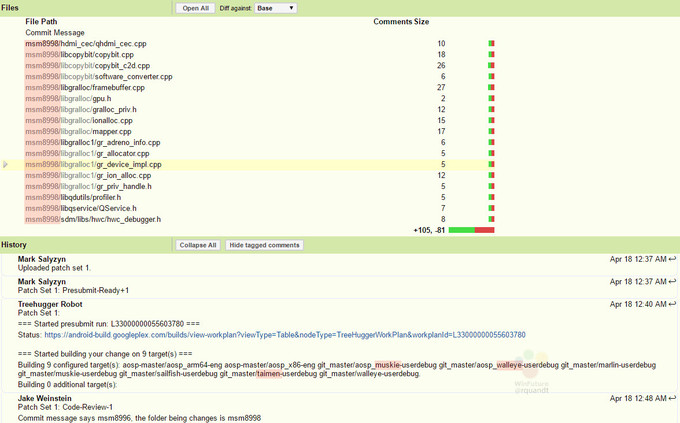 There are mixed rumors about Taimen device. Some speculated that it may launch as Google Pixel tablet or phablet. Other rumors suggest that it may launch without Google Pixel branding as it is speculated to be different from Muskie and Walleye. The search engine giant is known for using fish names as codenames for its devices. Hence, since Taimen is the largest salmonid in the world, it is pegged to be a bigger device than Pixel 2 and Pixel XL 2 smartphones.

The AOSP references for these devices suggest that they are powered by Snapdragon 835 chipset. Some rumors from the beginning of this year hinted that Google may release the alleged Pixel 2B as a budget phone for emerging markets this year. However, Google’s Senior Vice President  for Hardware, Rick Osterloh has refuted these rumors as he said that Google Pixel will continue to  remain premium devices.