Google is expected to announce the Pixel 3a and Pixel 3a XL mid-range phones on May 7 at the Google I/O 2019 event. Previous leaks have revealed that the Pixel 3a series will be available in Purple color option among other variants. Brandon Lee from This is Tech Today YouTube channel has shared some images of the retail box of the phone. Also, he has revealed the pricing of the Pixel 3a and 3a XL smartphones. 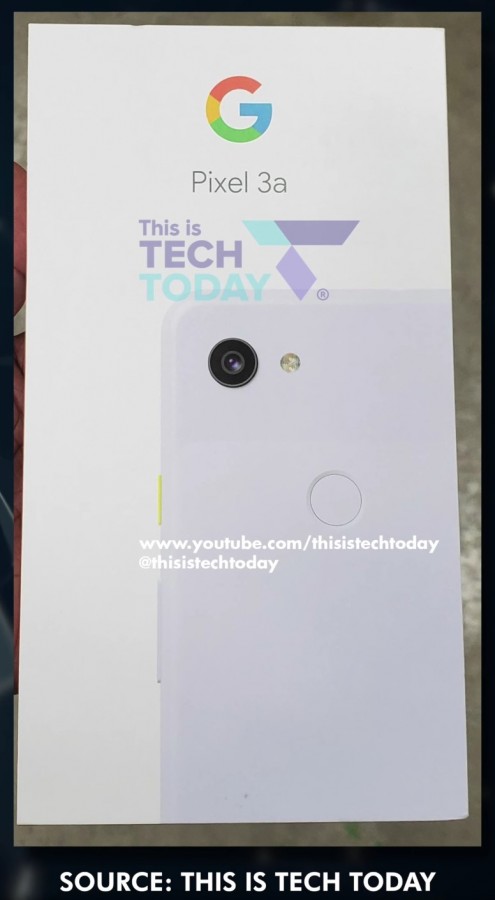 Through the YouTube video, Lee has revealed that the retail package of the Pixel 3a reveals that it will be available in the market in Purple-ish color option with yellow colored power key. While the rumors have been claiming that Pixel 3a will only come in 64 GB storage model, Lee has revealed that it will be available in 64 GB as well as 128 GB storage models. The packaging of the Pixel 3a does not have detailed information on the specs of the phone. However, it reveals that the handset heading to North America has a model number of G020G and it has a display size of 5.6 inches. This model will be also heading to Canada.

According to Lee, the Pixel 3a will have a starting price of $399 whereas the Pixel 3a XL may carry a price tag of $479 for the base model. The most attractive thing about the Pixel 3a series is that it will be borrowing 13-megapixel rear cameras from the Pixel 3 and Pixel 3 XL smartphones.