Honor 10 series includes Honor V10, Honor 10 and Honor 10 GT smartphones. The Chinese manufacturer is adding another family member to the series by launching the Honor 10 Lite smartphone on Nov. 21. The company has officially confirmed on the arrival of the smartphone by releasing the following poster. 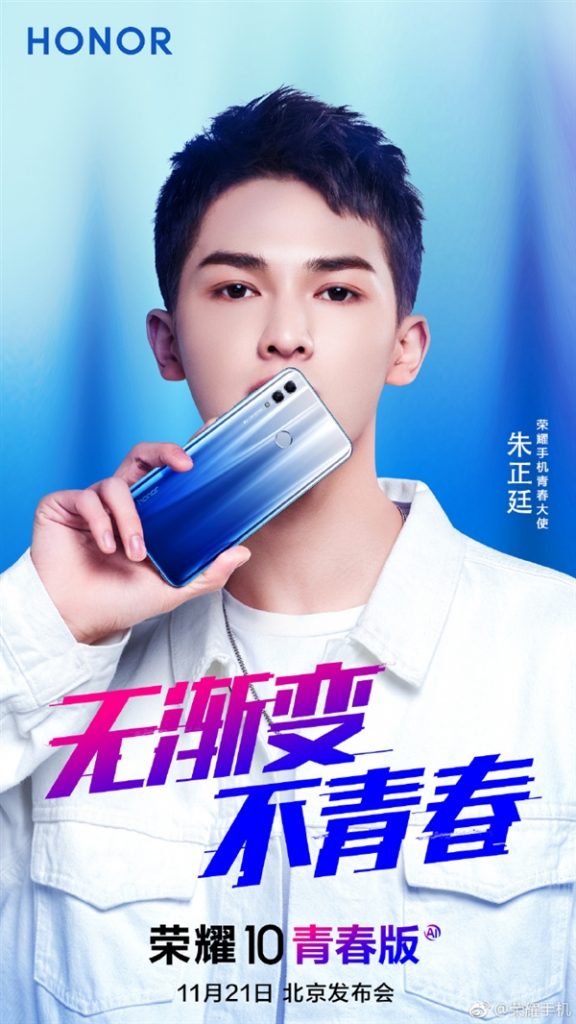 The below poster shows that the Honor 10 Lite will be sporting a color gradient rear. The back panel of the phone is equipped with AI enabled dual camera and it also features a fingerprint reader. At present, there is no information available on the specifications of the smartphone.

The Honor 10 Lite could be sporting the Kirin 710 chipset which also powers the Honor 8X smartphone. It could be arriving as a rival phone for the Xiaomi Mi 8 Lite smartphone that was announced in September. There is no information available on the pricing of the phone. It is speculated that it may arrive with a starting price of around 999 Yuan ($144).