Honor will be launching the Honor 20 and Honor 20 Pro smartphones on May 21 in London. For Chinese audience, there will be an exclusive launch event on May 30. Both smartphones are expected to arrive with flagship specs and are likely to arrive as worthy rival for the OnePlus 7 and OnePlus 7 Pro smartphones. The Honor 20 has appeared on Geekbench with key specs ahead of its launch. 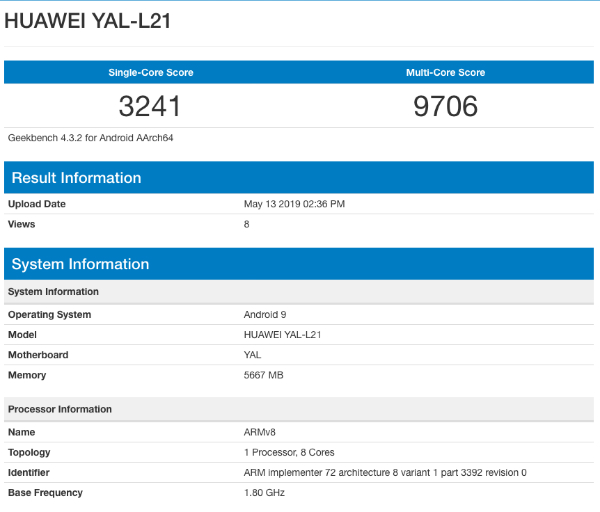 The Geekbench listing of Huawei YAL-L21 which is nothing but the Honor 20 phone reveals that it will be fueled by the Kirin 980 chipset. The SoC is coupled with 6 GB of RAM and the device is loaded with Android 9 Pie OS. In the single-core and multi-core tests of Honor 20, it has respectively scored 3241 and 9706 points.