In the previous month, Honor had launched the Honor 8X and Honor 8X Max smartphones. Huawei’s sub-brand has already confirmed that it will be launching the Honor 8C smartphone on Oct. 11. Today, the Chinese manufacturer has released a new teaser to confirm on some of the key features of the smartphone. 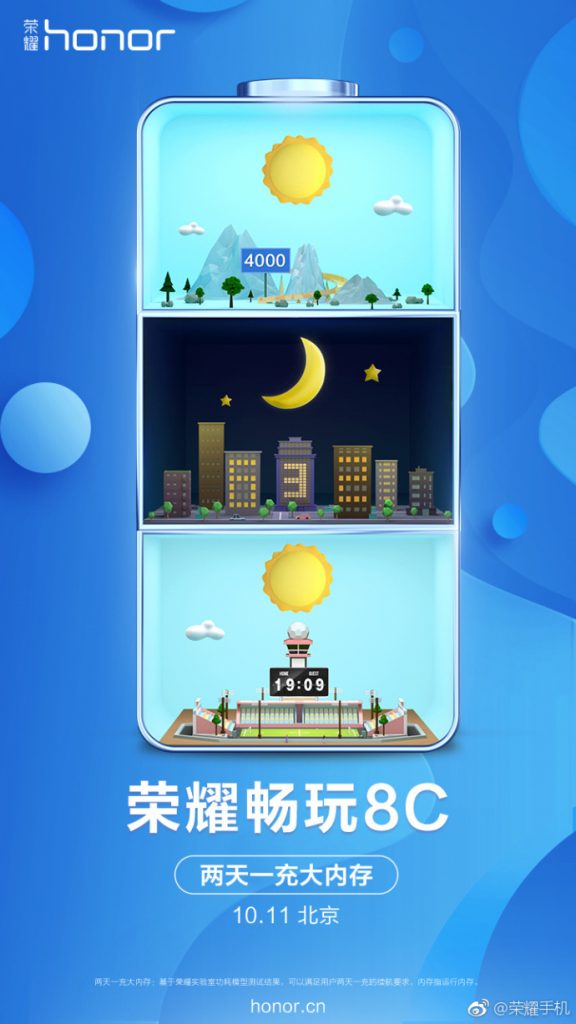 The teaser image shown above teases four features of the Honor 8C. The image contains three numbers such as 4,000, 632 and 19:09. According to the TENAA listing of the smartphone, it will be equipped with a 4,000mAh battery. The 632 number suggests that it could be the first smartphone to be fueled by Snapdragon 632.