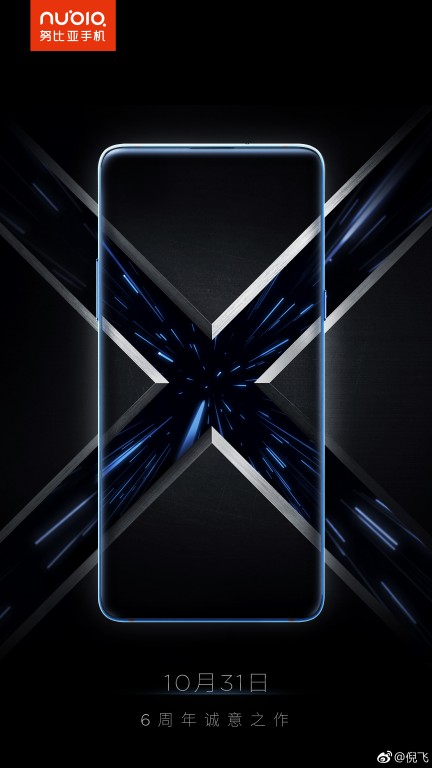 The above poster that has been shared Ni Fei, the CEO of Nubia has confirmed that the Nubia X will be debuting as the company’s 6th anniversary device. It goes without saying that the USP of the Nubia X is its dual display. According to TENAA listing of the phone, the handset will be featuring a 5.1-inch OLED screen that supports HD+ resolution on its rear and a frontal LCD display of 6.26 inches that produces Full HD+ resolution.

The Snapdragon 845 chipset will be powering the Nubia X along with up to 8 GB of RAM. The handset will be coming with up to 128 GB of storage. It won’t be featuring a selfie camera. The back panel will be equipped with 24-megapixel + 16-megapixel dual camera setup. The rear display of the phone can serve as a viewfinder for capturing selfie shots through the rear cameras. The other features of the Nubia X are 3,800mAh battery, Android 8.1 Oreo and side-mounted fingerprint scanner.