Honor has confirmed that it will be holding a launch event on Sept 5 to announce the arrival of Honor 8X and Honor 8X Max smartphones. The specifications of the Honor 8X have already surfaced through its TENAA and Master Lu listing. However, there is no confirmation on the exact difference between Honor 8X and Honor 8X Max handsets. There is a possibility that the 8X could be equipped with a slightly smaller and lesser internal storage and RAM than its Max edition. 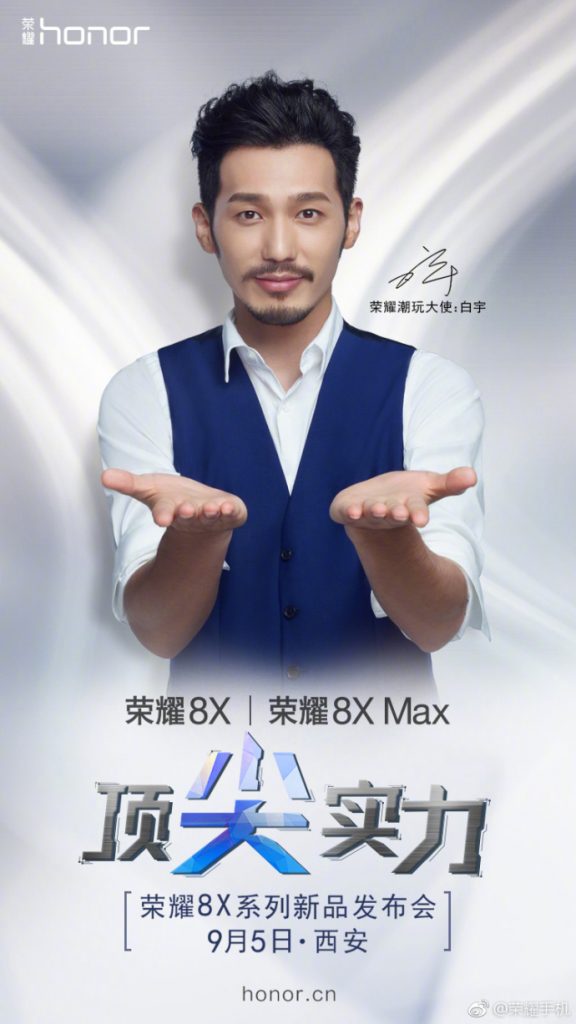 According to the TENAA listing of the ARE-AL00 smartphone that is believed to be the Honor 8X phone, it features a7.12-inch display that offers an aspect ratio of 18.7:9 and Full HD+ resolution of 2244 x 1080 pixels. It the first powerful Snapdragon powered Honor phone from the company in the recent years as it is expected to arrive with Snapdragon 660 SoC.

The Honor 8X is expected to arrive with 4,900mAh battery. The SoC of the phone could be equipped with 6 GB of RAM and an internal storage of 64 GB. For photography, it is expected to house a selfie camera of 8-megapixel in its small notch at the front. The back panel of the phone is rumored to feature 16-megapixel + 2-megapixel dual camera setup. It is expected to come preinstalled with Android 8.1 Oreo OS. As of this writing, there is no information available on its pricing.

OPPO Ace 2 has been spotted on AnTuTu with an decent score of 560,217 points