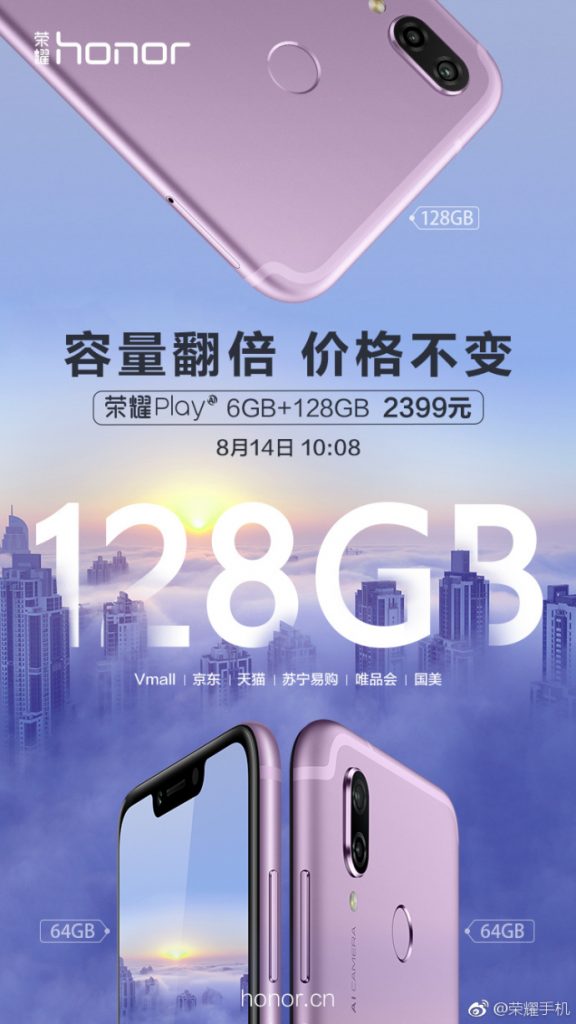 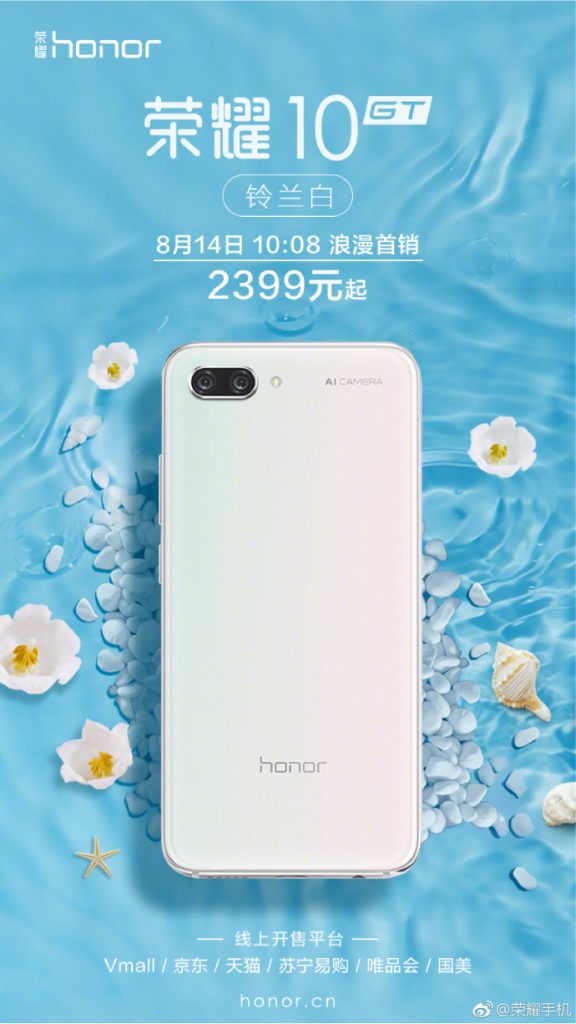 The Honor 10 GT is the first 8 GB RAM smartphone from the company. The smartphone has been available for buying in Phantom Blue color since its launch. The Lily White variant that has been introduced has slight shades of light blue and red at the edges. It is also priced at 2,399 Yuan ($348). 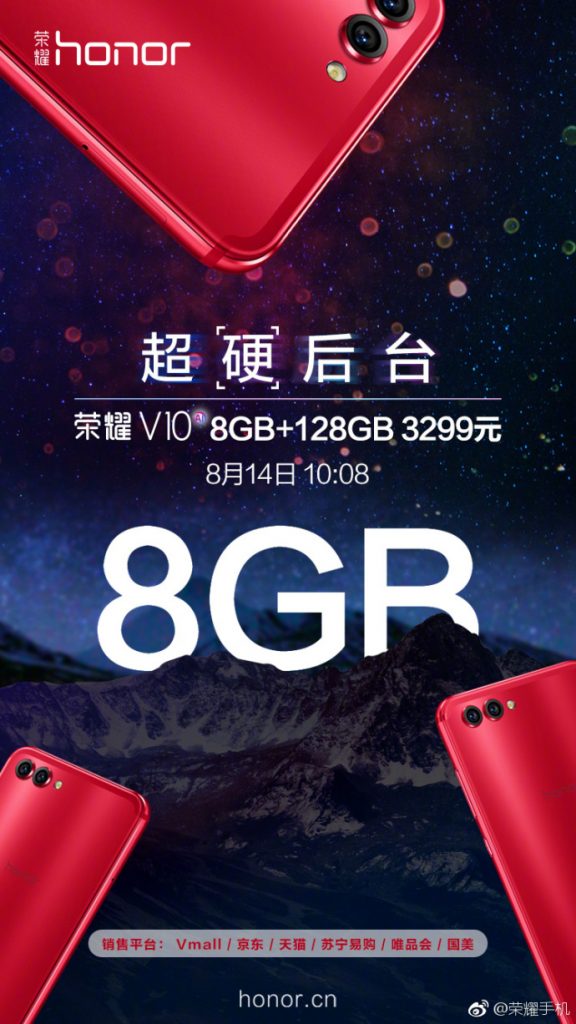