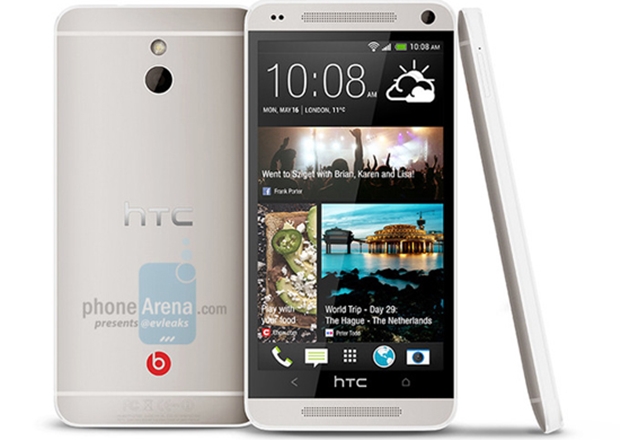 It has been quite some time since we heard about the upcoming HTC M4, which is expected to unveiled during the next quarter of the year. Thanks to @evleaks, we’re able to catch another glimpse on the HTC M4 – which we think is a leaked press render of the device. What surprised us is that the HTC M4 looks exactly like the HTC One, just that its relatively smaller in size. But if this is really the HTC M4, then the initial rumor that the M4 is a homeless version of the HTC First will be false.

Apart from the leaked render, we’re also hearing some of its rumored specifications which include a 4.3-inch 720p display, UltraPixel rear camera, 2GB RAM as well as 16GB internal storage. Although the rumors didn’t mention anything about its software version, but we believe it’ll be running on the latest HTC Sense 5.0 with Android 4.2 Jelly Bean in the background.

A last bit of rumor is that @evleaks has also reported that the HTC M4 will be heading for AT&T in the US, without tell us the release date for the device which we’re more concerned.

Sony Xperia SP is now available for pre-order in the U.S.