We all know Google is prepping two new Nexus smartphones this year codenamed Marlin and Sailfish. While there are still no official news on this 2 devices yet, but a first notable leak of the upcoming HTC Marlin had been circulated recently shows us the Phone status screen of the alleged handset. Sad to say, we’re only limited to the screen of the device in this leaked image. 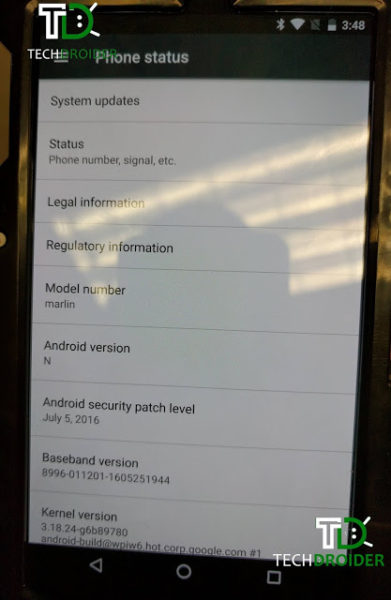 Whether this device is indeed the HTC Marlin is up for your own scrutiny but here are my thoughts. As seen in the image, the HTC Marlin will be running on the latest Android Nougat. However, this gave rise to some controversies regarding the authenticity of the image since the Android version is  usually being stated numerically for example Android 6.0.1 instead of stating it as Android M. Furthermore, under the Model number should usually be alphanumerical characters like NX200 instead of Marlin.

But whatever it is, the first leaked image of the HTC Marlin is finally out and we can expect more to come in the following weeks as well!

iPhone 7 tipped to be announced in mid-September

Huawei Honor Note 8 will be announced on August 1st