A few days ago, we just reported that Huawei had released a new teaser for their upcoming Honor Note 8 phablet and today, the company had confirmed that the device will be officially unveiled on August 1st. 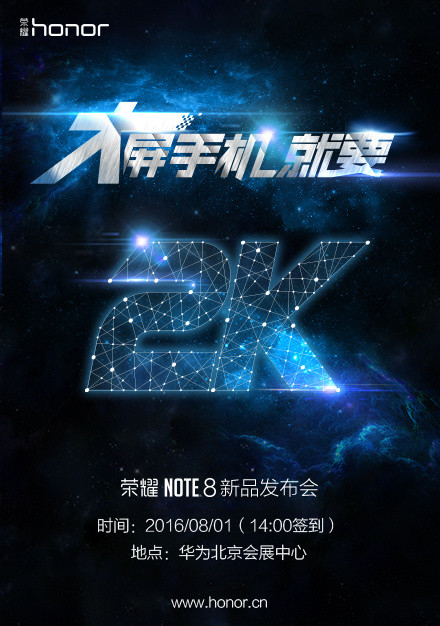 Once again, the press invites teases on the magnificent 2K display which the Note 8 will be boasting. As we reported earlier, the Note 8 will come with 2 version – one with a 3GB/32GB setup and another with a 4GB/64GB configuration under the hood. Likewise, the former will be running on the Kirin 950 SoC while the latter on the latest Kirin 955 SoC.

Other key specs for both devices include a 13MP Sony IMX278 rear shooter, 8MP front-facing camera for selfies, 4,400mAh battery as well as Huawei’s latest EMUI 4.1 running atop.

Samsung Galaxy J2 Pro has been officially launched in India