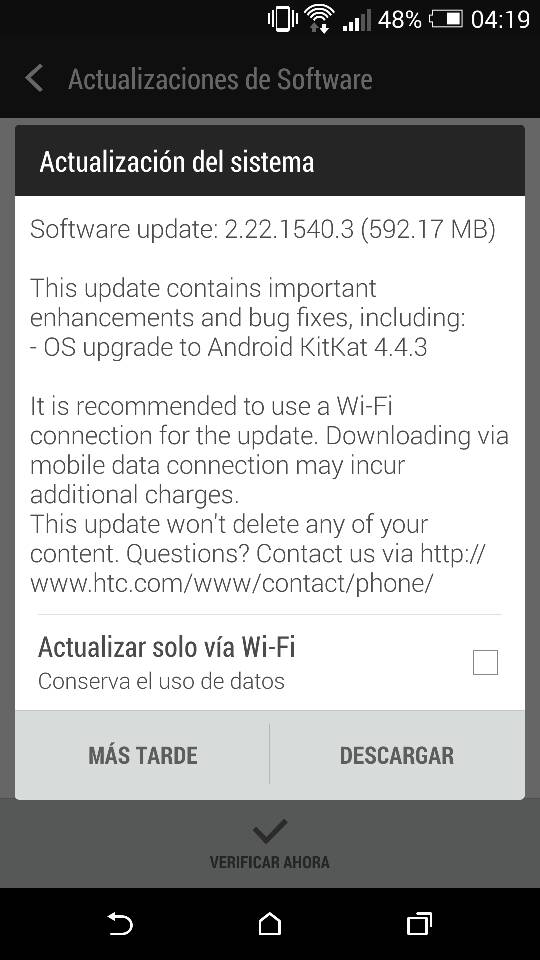 As promised, HTC has begun rolling out the Android 4.4.3 update to their One M8 Developer Edition earlier today. Apparently, this will be the last major update that you can expect your device to receive before being upgraded to Android L later in the year.

This update comes with a massive file size of approximately 592MB and will bring several security fixes as well as optimization for the device. However, please do not be lazy and skip this update as they are some critical fixes which Google rolled out with their Android 4.4.4 update as well. As seen in the screenshot above, this update has a build number “2.22.1540.3”, which is roughly the same as the software update released to the regular One M8 handsets a few weeks back.

Since this is an OTA update, you only have to wait for the update notification to appear on your device to begin the updating process.

How to root Micromax Canvas Gold A300