Huawei is expected to soon unleash the successor model for last year’s Huawei Honor 8. The Huawei Honor 9 has been spotted on TENAA. Its appearance on the Chinese regulatory body’s site has revealed its specs and images.

According to TENAA listing, the Honor 9 is equipped with a 5.15-inch display produces a full HD resolution of 1,920 x ,1080 pixels. It is powered by the most powerful chipset from Huawei, the Kirin 960 SoC that features a 2.4 GHz octa-core processor. The smartphone will be coming in one storage model of 64 GB. However, it will be available in two RAM choices of 4 GB and 6 GB. 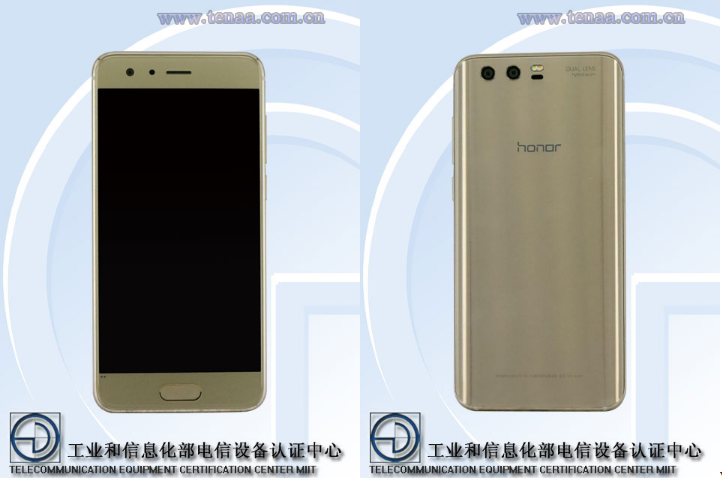 Rumors have revealed that the Honor 9 will be arriving with a dual camera on its rear panel. Like the Huawei Mate 9 and P10, it is expected to include 12-megapixel + 20-megapixel sensors. The front-facing camera of Honor 9 is 8-megapixel. It is equipped with a 3,100-mAh battery.