Over the past few weeks, we had seen a couple of alleged renders of the upcoming Moto Z2 Play along with some of its specs which was revealed via its Chinese TENAA listing which gave us a good idea of what to expect from this upcoming handset. 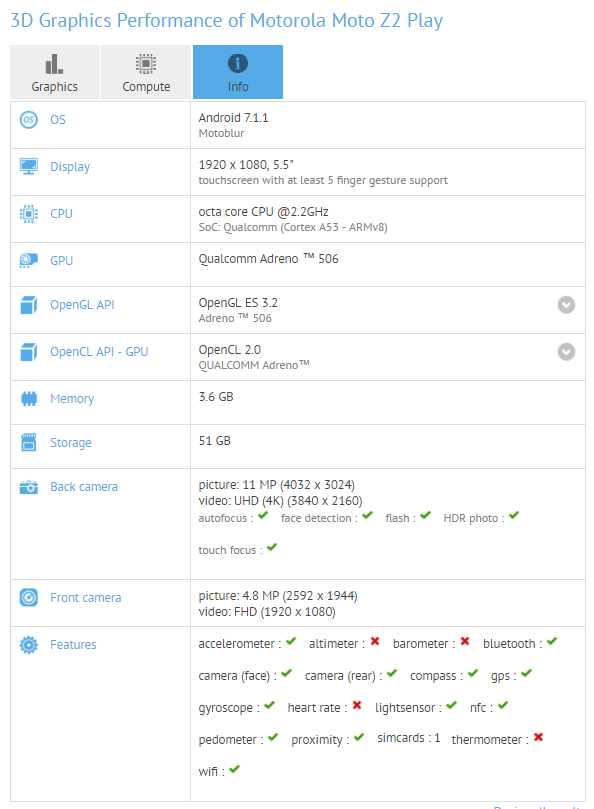 Earlier today, the same device had checked through GFXBench as well, once again confirming with us some of its key specs. According to the listing, the Moto Z2 Play is expected to features a 5.5″ FHD display which is powered by a Snapdragon 626 SoC alongside 4GB of RAM and 64GB internal storage space under its memory compartment. As for its camera, the new Z2 Play will come with a 12 megapixel main snapper accompanied by a 5 megapixel front-facing sensor for selfies.

Battery-wise, the Z2 Play will have its power plant downgraded to just 3,000mAh as compared to the 3,510mAh capacity found in the previous version. Android 7.1.1 Nougat is expected to be per-installed on the device.