The Huawei Honor Note 8 phablet announced back in August 1st had already crossed the 1.5 million registration mark after making its official debut less than 3 days ago. Registrations for the Honor Note 8 will run till August 8, after.which the device will went on sale the on August 9, 10:08am. 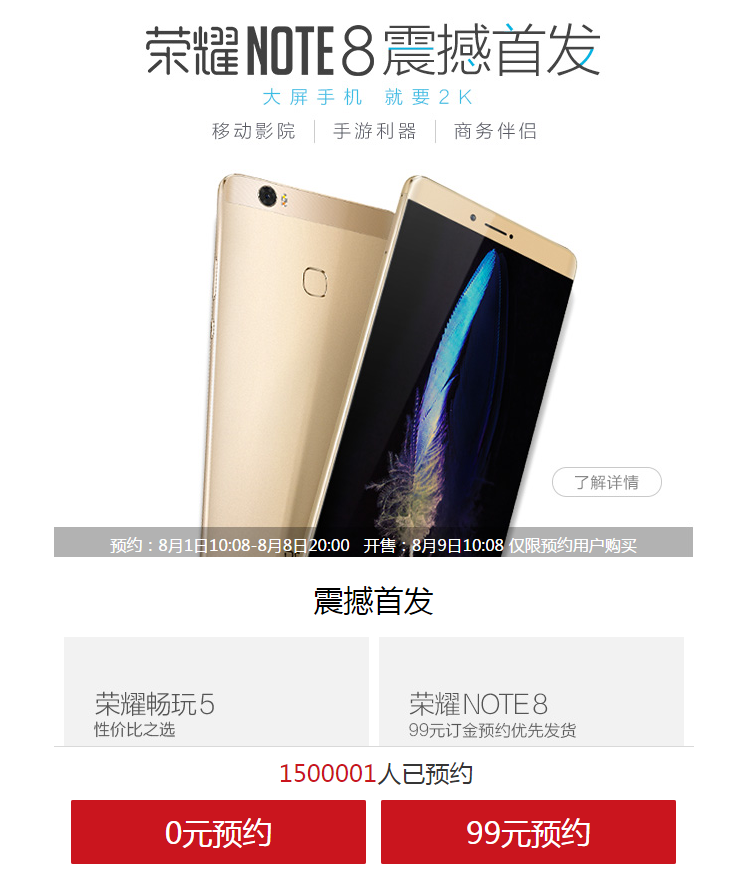 Given that the Honor Note 8 isn’t a flagship device, the number of registrations it had now is already considered rather promising. Just in case you had missed out, the Honor Note 8 sports a 6.6″ 2K resolution display powered by a Kirin 955 SoC along with a massive 4GB of RAM. Other key specs accompanying the device include a 32GB internal storage, 13MP main shooter, 8MP front-facing camera for selfies, 4,500mAh battery, as well as Huawei’s own EMUI 4.1 running atop the Android 6.0 Marshmallow.

For those interested in getting this device, it is currently tagged at a price of RMB2,299 (~$345) for the base unit.