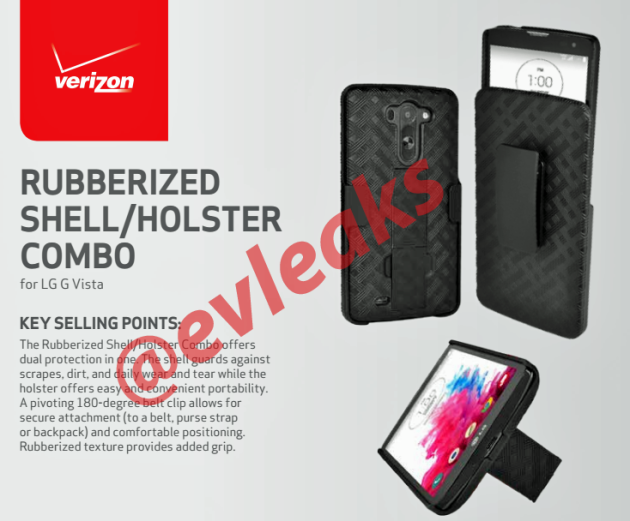 Earlier today, @evleaks has apparently uploaded a promotional image for Verizon’s upcoming LG G Vista smartphone. What actually drew out attention from this image is that the LG G Vista looks incredibly similar to the LG G3 flagship – from the top to the bottom.

What we think is that the LG G Vista is basically just the Verizon version of the LG G3 which is renamed as Vista instead. This isn’t uncommon since Verizon has done it quite a few times for branding purposes. Similarly, this is also some chances for this device to be the unannounced LG G3 Mini as well.

We can’t deny all these possibilities until Verizon has released more information on this mysterious handset.

How to root Neo M1 using the vroot program