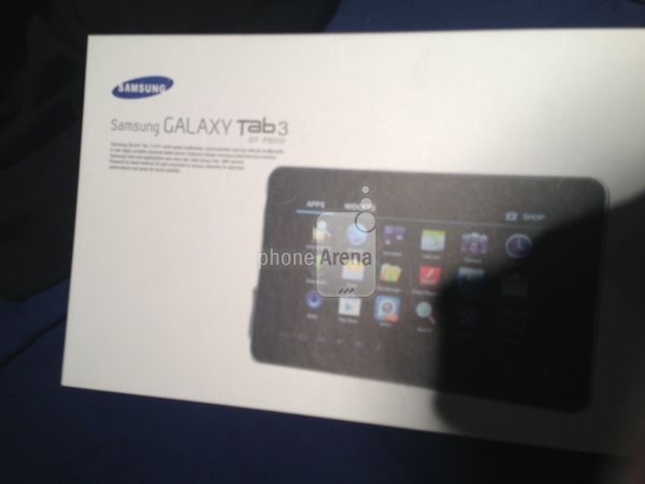 As the date draw closer and closer towards the Mobile World Congress ( MWC ) 2013, we started to receive more rumors and leaks of devices that are expected to be unveiled during the event. Today, Phone Arena has apparently uploaded an image of a so-called leaked image of the package for the Samsung Galaxy Tab 3. Although the image is too blurry for us to examine the model number for the tablet, but judging by its size we can expect it to be either the Galaxy Tab 3 7.0 or the rumored 8-inch variant of the Galaxy Tab 3. However, many Android enthusiast believe the image is fake since the new Galaxy Tab 3 should be running on Touch Wiz interface instead.

As of now we still have little information ( like it’s specifications ) about the Galaxy Tab 3, though it has somehow already been confirmed to be running on the latest Android 4.2 Jelly Bean. So let’s wait and see if Samsung will launch them during the MWC 2013!

HTC M7 will be unveiled next month in London