Yesterday, we just reported that LeEco has begun sending out press invites for their upcoming September 21st press event, where they are expected to unveil the much anticipated Le 3 Pro smartphone. 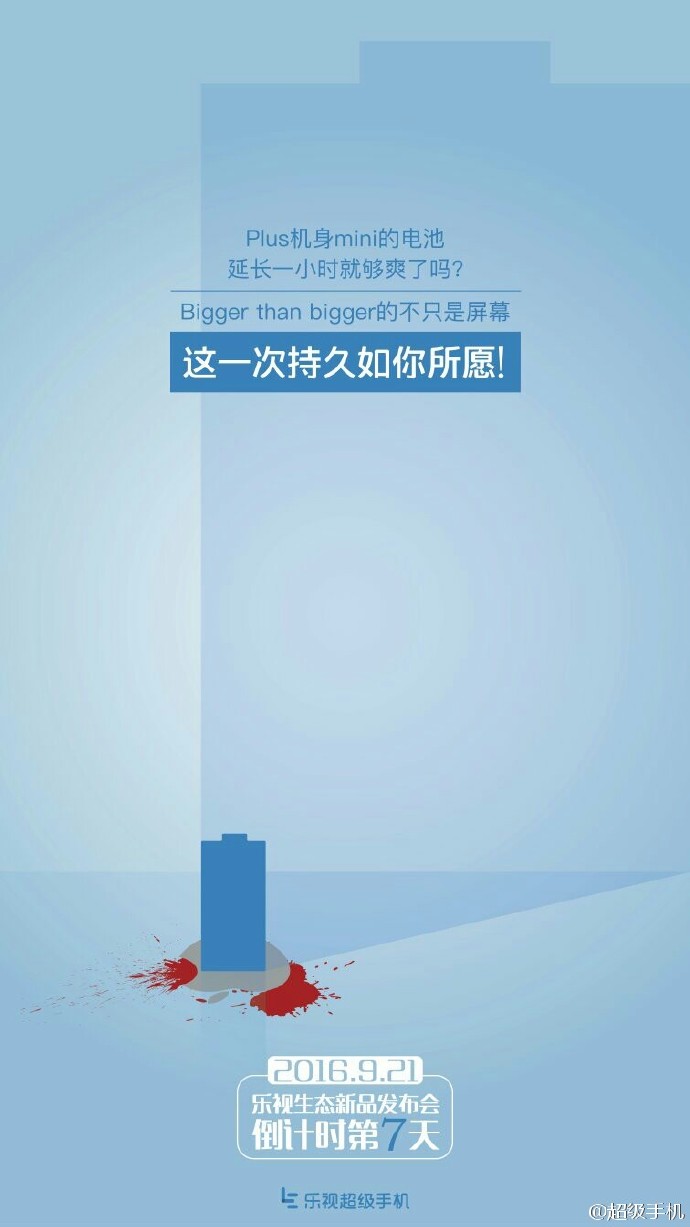 Today, the Chinese company is back with their first teaser for their upcoming flagship which hints on a mammoth battery capacity on the Le Pro 3. This doesn’t came as a surprise to us, since previous rumors had already confirmed that the device will be coming with a 4,070mAh battery for the 6GB version, as well as 5,000mAh for the high-end 8GB version.

If you read the Chinese characters on the teaser closely, then you should realize they are in fact poking fun at the iPhone 7 Plus having a Plus size body, but with a mini battery capable of extending the battery life with just one extra hour of usage.

If you happen to miss out, you can head down here to check out the leaked specifications of the LeEco Le Pro 3!