Lenovo Group VP Chang Cheng has released a new teaser on his Weibo account. The teaser hints that the company a new Lenovo flagship phone will be unveiled on June 14. Not only the image, but also the Weibo post that accompanies suggests that upcoming Lenovo’s upcoming flagship will be offering a very high screen space. 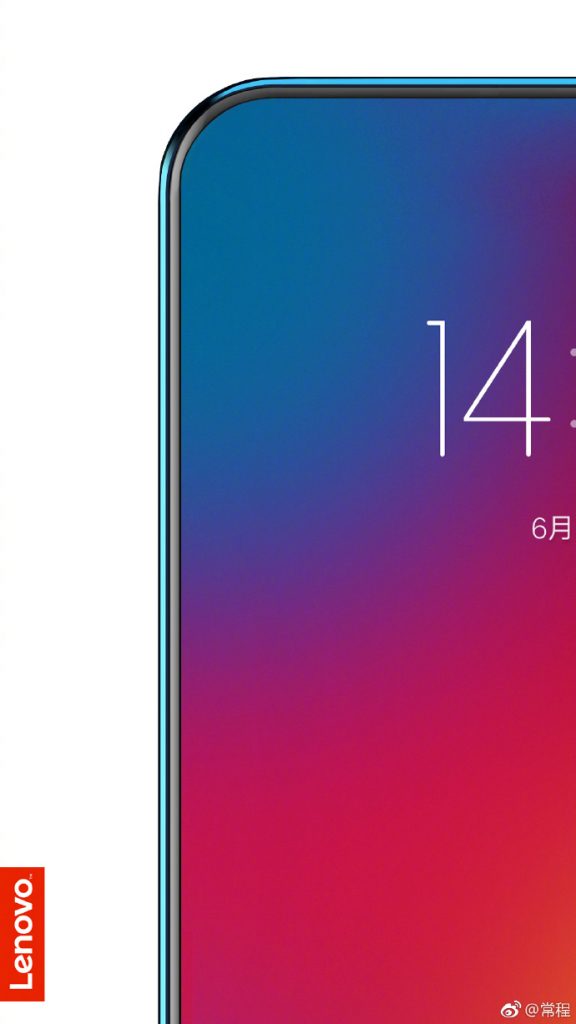 The image that has been shared by Cheng suggests that the screen of the mysterious phone is surrounded by ultra-thin bezels. Cheng claims that the way to achieve highest screen-to-body ratio is to cut down on the space consumed by the camera, antenna bands and bezels. Nothing is known on the specs of the mysterious Lenovo phone. More information on it is expected to surface in the coming weeks.