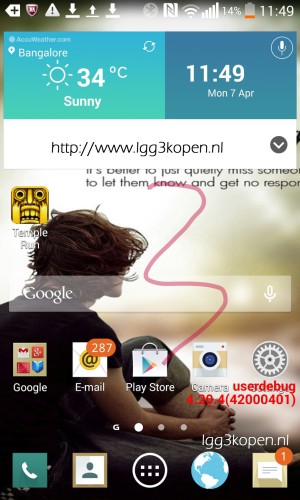 After the announcement of the Galaxy S5, we’re now beginning to hear more about the upcoming LG’s flagship – none other than the LG G3. Today, a screenshot alleged to be that of the LG G3 has been floating around the web. Apparently, it seems like LG has slightly improved their UI giving it a flatter and slightly neater look. Frankly speaking, it looks much nicer than the current one on the LG G2 but I don’t know if you guys agree with me.

Hopefully we’ll be able to hear more about its specifications and features in the next few days.

How to root Lenovo A880 using vroot