LG will be holding a media event on Feb. 28 at the Mobile World Congress (MWC) 2019 tech expo that will be held in Barcelona, Spain. LG has confirmed that it will be announcing the LG G8 ThinQ flagship phone at the MWC 2019. Well before its launch, popular tipster Evan Blass has shared a render of the smartphone. As it can be seen, the new render reveals the design of the G8 ThinQ from all angles. 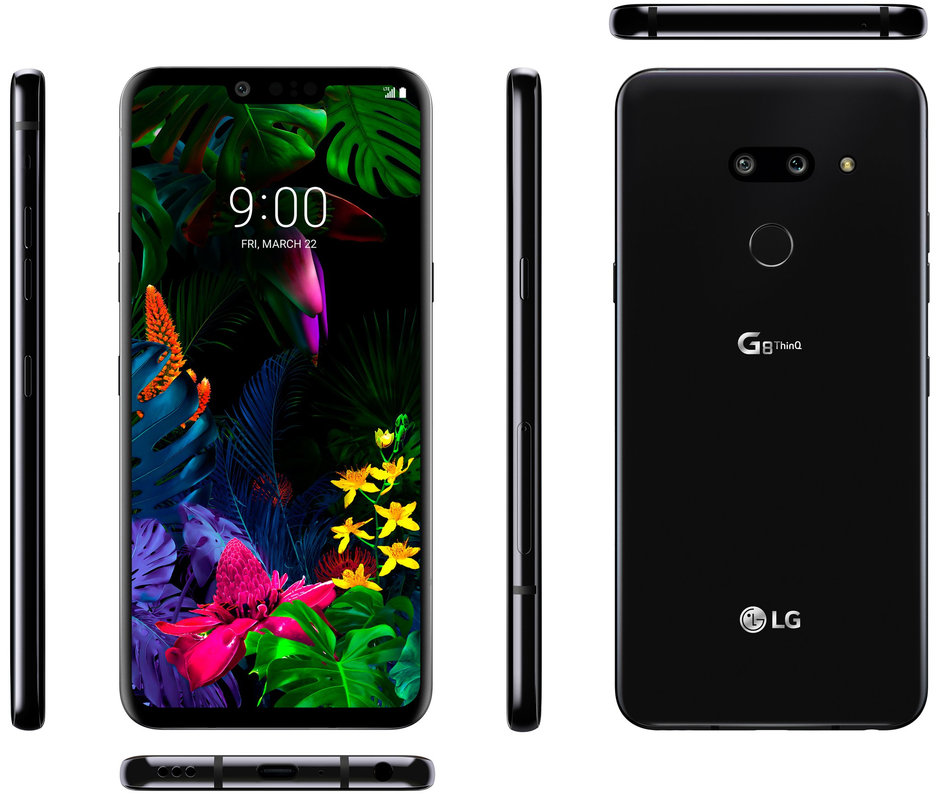 The G8 ThinQ features USB-C port and 3.5mm audio jack. The volume up and down buttons along with Google Assistant button are located on the left side of the phone. There is a power button on the right edge of the device.

The LG G8 ThinQ is likely to house a 6.1-inch OLED screen that offers QHD+ resolution. The Snapdragon 855 chipset, 6 GB of RAM and 3,400mAh battery are expected to drive the smartphone. It is expected to arrive with Android 9 Pie OS preloaded.