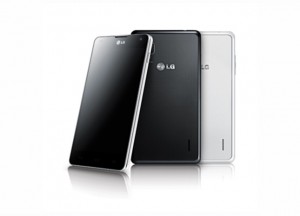 This is not a Rumor! The LG Optimus G was finally announced to be launched next week in South Korea, followed by other markets worldwide! Running on a 1.5Ghz quad-core Snapdragon S4 Pro processor,  this sleek and premium device is by far the highest performance Android device ever released by LG. Besides its blazing performance, the Optimus G is also packed with high end features including the 13 megapixels rear camera which ensures ultra clarity.

SAMSUNG GALAXY S4 RUMORED TO BE UNVEILED DURING MWC 2013

SPRINT AND AT&T WILL LAUNCH THE NEW LG OPTIMUS GAndroid News And Reviews October 4, 2012 at 2:53 pm

[…] in their press release that both AT&T and Sprint will be launching their latest flagship, the LG Optimus G . The exact date for the launch however , were not mentioned in the press release. Though they also […]