Google has apparently confirmed that the upcoming LG V20 smartphone will be the first Android handset to be featuring the latest Android 7.0 Nougat out of the box. 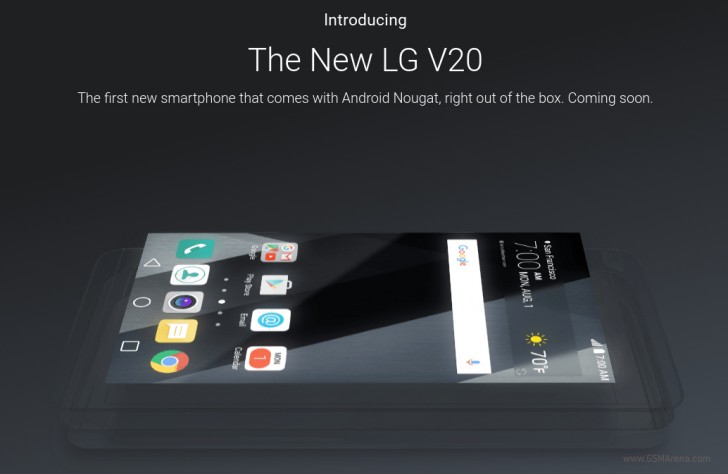 Given that LG will be announcing the LG V20 during their official press event held on September 6th, we can also extrapolate that the two upcoming Nexus devices will only be launched after September 6th.

No doubt, releasing a new smartphone in September may not seems to be a good idea as the LG V20 will be up against other challengers including the Galaxy Note 7 as well as the iPhone 7 which is expected to be announced a week after LG V20 made its debut.

Huawei teases ahead of the IFA event