MediaTek is the first chipset manufacturing firm to launch 10 nm deca-core chipset, the Helio X30.  It was announced in the previous month.  MediaTek is now reportedly working with TSMC to begin the production of 7 nm 12-core processor by the second quarter of this year. As of this writing, there is no confirmation on how the manufacturer will pair the cores.

Reports claim that Helio X30 chipsets are facing production issues with 10 nm manufacturing process. Hence, its mass production has begun and commercial devices running on it is expected to be available by second quarter of this year. 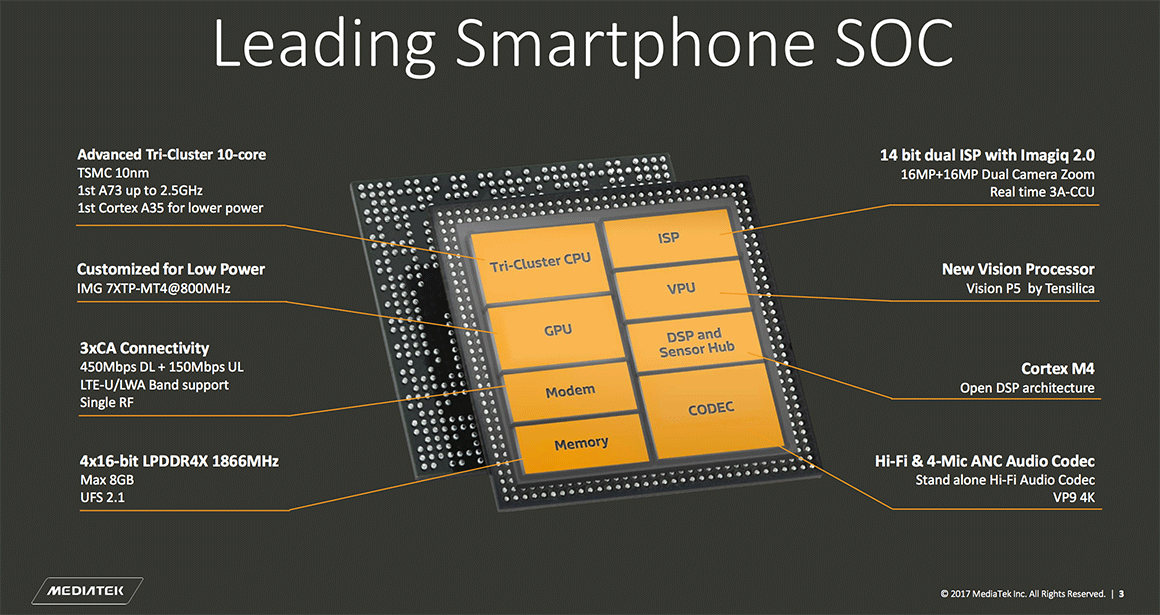 Even though TSMC having problems in producing 10 nm chipsets for MediaTek, the trial production of the new 7 nm chipsets is expected in begin in the second quarter of this year. Its mass production is pegged to start in 2018.

The presence of 12-cores is expected to offer better power efficiency and performance. Rumors have it that will be launched with Helio X40 moniker.

Oppo R9S will come with a new greenish hue