Meizu 15, Meizu 15 Plus and Meizu 15 Lite smartphones are going to debut on April 22. Today, a leaked document has surfaced to reveal the entire specs of the Meizu 15 trio ahead of launch.

The above shown leaked image reveals that the Meizu 15 and 15 Plus are fitted with 12-megapixel + 20-megapixel dual rear cameras. The primary camera has a pixel size of 1.55micron and an aperture of f/1.8. Both phones are equipped with 20-megapixel selfie camera. With AI onboard, both phones promise to capture enhanced shots through front and rear snappers. 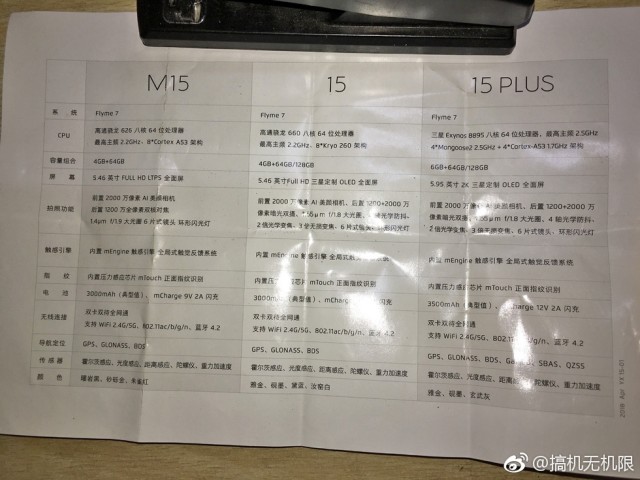 The Meizu 15 Plus is driven by Exynos 8895 and 6 GB of RAM. It will be coming in 64 GB and 128 GB storage models. It includes a 3,500mAh battery that carries support for 24W mCharge fast charging. It features a 5.95-inch OLED display that supports Quad HD resolution.

Hauwei To Officially Withdraw From The US Market