Most of the Chinese smartphone manufacturers have launched full screen design smartphones this year. However, Meizu is one of the well-known smartphone makers that did not launch a single phone with full screen design in 2017. The rumored Meizu M6s is expected to debut as the first full screen phone in January. Apart the budget-friendly Meizu M6s, the company is also speculated to debut the high-end Meizu 15 Plus early next year. In the recent past, the rumor mill has consistently leaked information on the Meizu M15 Plus. A leaked image showing the smartphone listed on a web page has appeared today. It showcases the front and rear design of the phone. 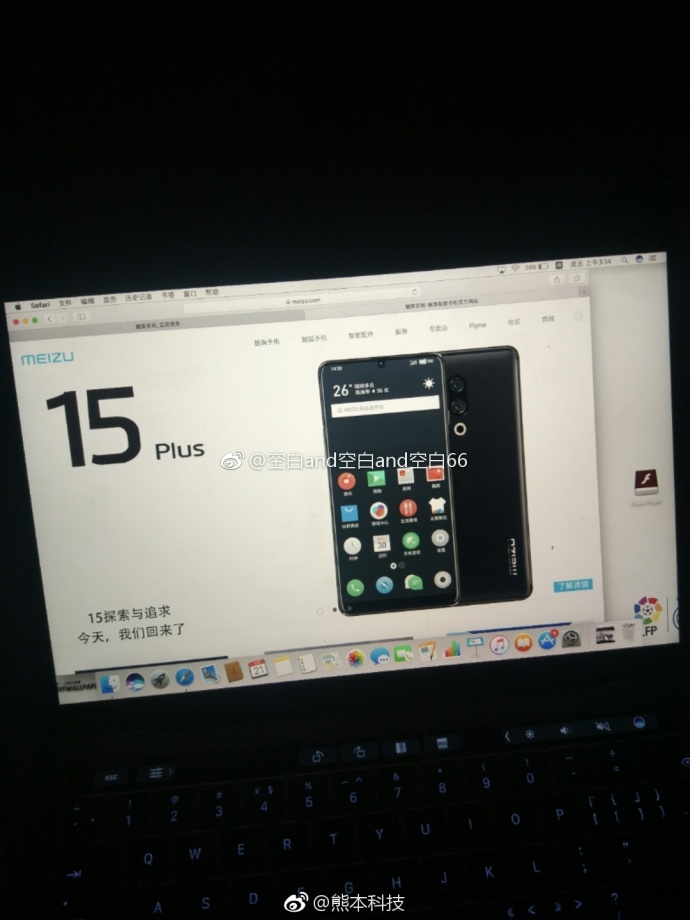 As it can be seen in the image, the smartphone is named as “15 Plus” and the device that is shown on the right side resembles with the leaked images that have surfaced in the recent past. The rear side of the phone features a vertically stacked dual camera setup with ring flash placed below. The front side is mainly occupied by the display with a selfie camera placed at the top-center. Compared to the previous leaks that showed the Meizu branding at the center of the back panel, the new image shows the logo at the bottom-right.

The Meizu 15 Plus is a special edition phone from the company that will be arriving to mark the 15th anniversary of the company. It is speculated to be driven by Snapdragon 835. The company is also expected to debut Meizu 15 with Snapdragon 660 alongside it. Both the phones are slated to debut in March 2018.