Not long ago, Chinese manufacturing giant, Meizu, released its current flagship, Meizu 15. However, looking at the current trend of flagship devices, we can not really say that the Meizu 15 is up to par considering its Snapdragon 660 SoC and a host of other features. However, the company is seriously working on its new flagship, Meizu 16 which according to reports will sport the current flagship SoC – Snapdragon 845 coupled with 8GB of RAM and an on-screen fingerprint sensor. This is the first time that Meizu will be using these features and this smartphone will certainly measure up with other flagships in the market. 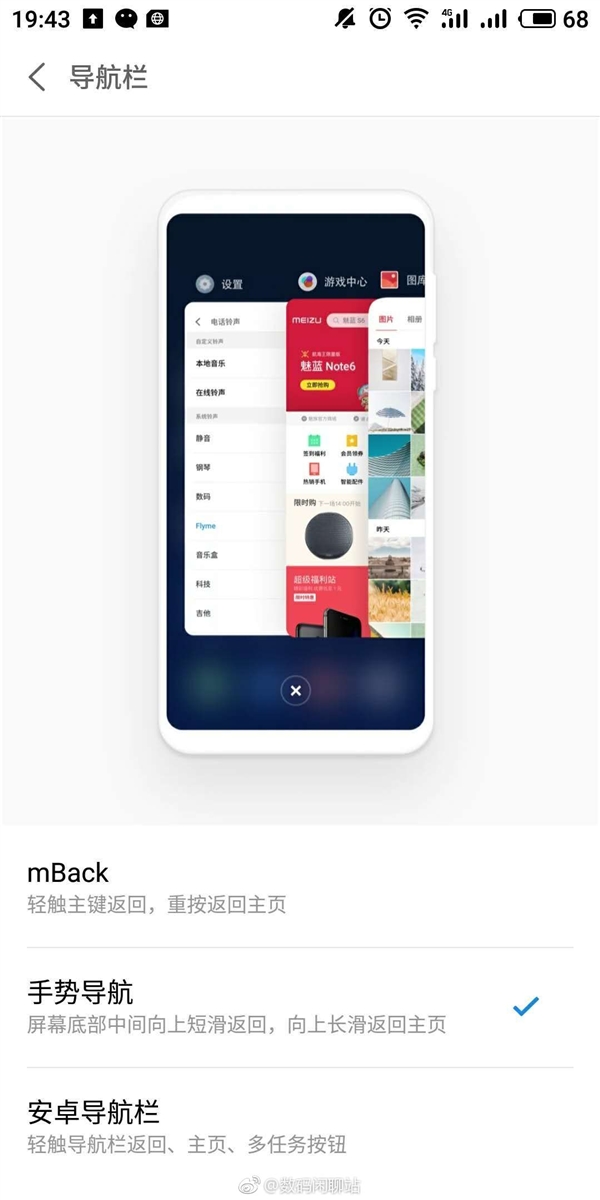 Now, it appears that Meizu is not just going to upgrade the hardware of this flagship, it is also going to include a major tweak in its software. According to a screenshot which surfaced online today, Meizu 16 Flyme OS  comes with special interactive gestures which add an Android navigation bar and a gesture navigation to  Meizu’s classic mBack. The middle of the bottom of the screen slides back, and the top slides back to the home page. Although the company is yet to confirm the existence of these features, we can recall that Huang Zhang, CEO of Meizu mentioned that there well be some tweaks to the Miezu 16 system and the classic interactive mBack will not be completely expunged but upgraded, However, we may not be seeing the classic dot design.