Even though the Meizu M3E was only announced yesterday, it had already scored more than 3 million registrations in less than 24 hours after its unpack event. 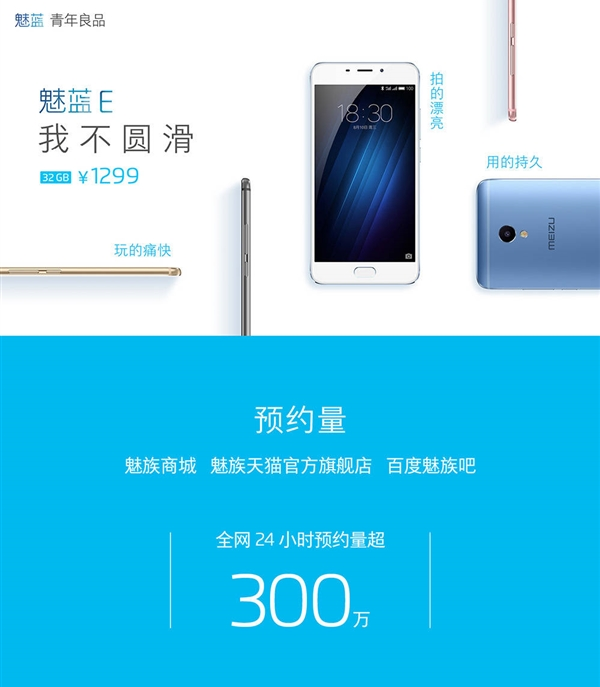 This will no doubt be a great achievement for Meizu given that the M3E is a non-flagship device and yet still able to score nearly as much registrations as their MX6 flagship which snagged around 3.2 million registrations within the same duration.

For those who’re residing in China, registration for the Meizu M3E will run from now till August 13, after which the device will embark on its first flash sale on August 14. Pricing-wise, the device will be tagged with a price of just RMB1,299 (~$196) – absolutely valued for money if you ask for my opinion.

New rumor suggests no new Moto X in this year