The Meizu M5 was launched in October 2016 and it seems that the company is all set to debut its successor model. Leaked images of the alleged Meizu M6 has appeared on Weibo. Since the snapshots show the CPU-Z benchmarking app running on the rumored M6, its specifications have been revealed.

The original Meizu M5 features a 5.2-inch HD display and is powered by MediaTek MT6750 chipset. It comes in two variants featuring 16 GB of storage + 2 GB of RAM and 32 GB of storage and 3 GB of RAM. The leaked shots suggest that the specs of the Meizu M6 are not very different from that of its predecessor phone. 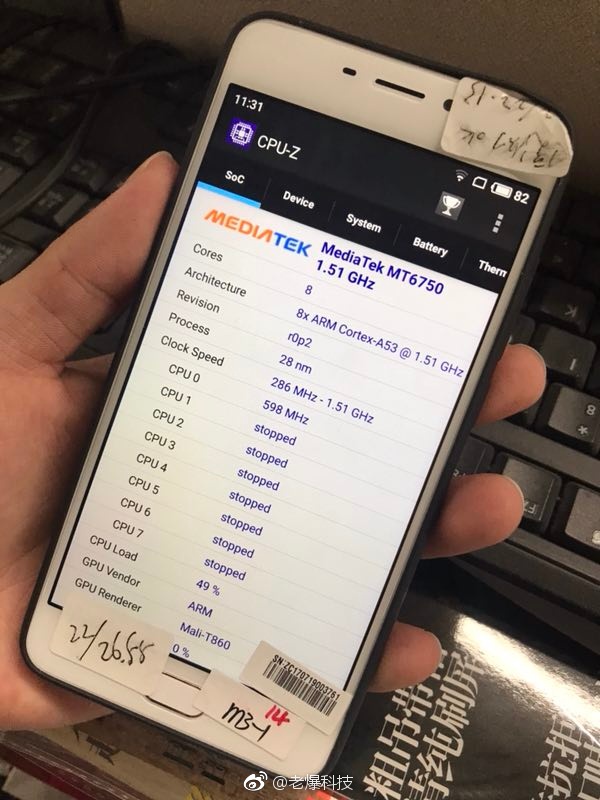 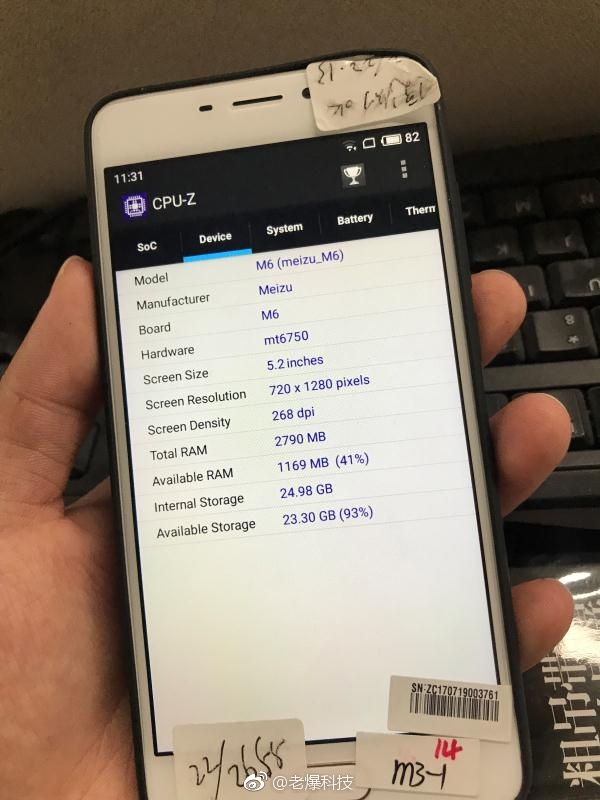 The leaked images of the M6 suggest that it features a 5.2-inch display that produces HD resolution. It is powered by the same MediaTek MT6750 chipset. It appears that the handset features 3 GB of RAM and 32 GB of storage. Since it is successor model, it may come in a higher RAM and storage capacity model.

The rear side of the smartphone is not visible, but the frontal shots suggest that the design of the phone is not very different from the M5. The Meizu M6 may come with a metallic body instead of a polycarbonate one available on the predecessor.