After unveiling their latest mid-ranged Meizu M5c last month, it seems like the Chinese company is now prepping to bring their next flagship device to the market as well. According to reports out of China, the highly anticipated Meizu Pro 7 had already been certified by Chinese 3C authority which carries the model number M792C as well as M792Q. Both devices are expected to be different variants of the same device, probably with some differences in terms of their specs.

Recently, a couple of alleged renders of the Meizu Pro 7 had also been leaked, revealing that the upcoming flagship may be coming with a secondary display at the back of the device this time round. Although the renders kind of looks like a work from Photoshop, but we shouldn’t play now the possibility that the upcoming Pro 7 could have a secondary rear display since rumors have been hinting that the device will be a revolutionary flagship. 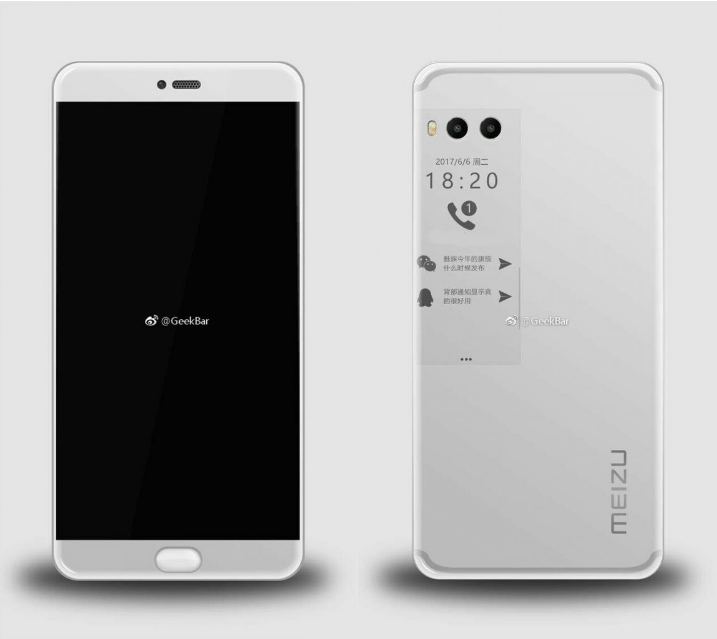 From what we had learned so far, the Meizu Pro 7 is expected to come with a 5.2″ FHD Super AMOLED display which is powered by the new MediaTek’s Helio X30 SoC along with 6GB of RAM and 64GB internal storage space under its memory compartment. Camera-wise, the device will be sporting a 12MP dual-rear camera as well as a 16MP front-facing camera for selfies.

If nothing goes wrong, the Meizu Pro 7 is expected to be announced next month as speculated by a renowned Chinese insider.