Last week, Oppo finally took the wrap off the Oppo R11 flagship in a bid to reinforce their dominance in the Chinese market. Compared to the previous Oppo R9, the Oppo R11 is a significant upgrade in terms of specs and features, and is definitely one of the greatest threat to its other local flagship models including the Xiaomi Mi6 as well as the upcoming Honor 9 which is slated to be unveiled later today. 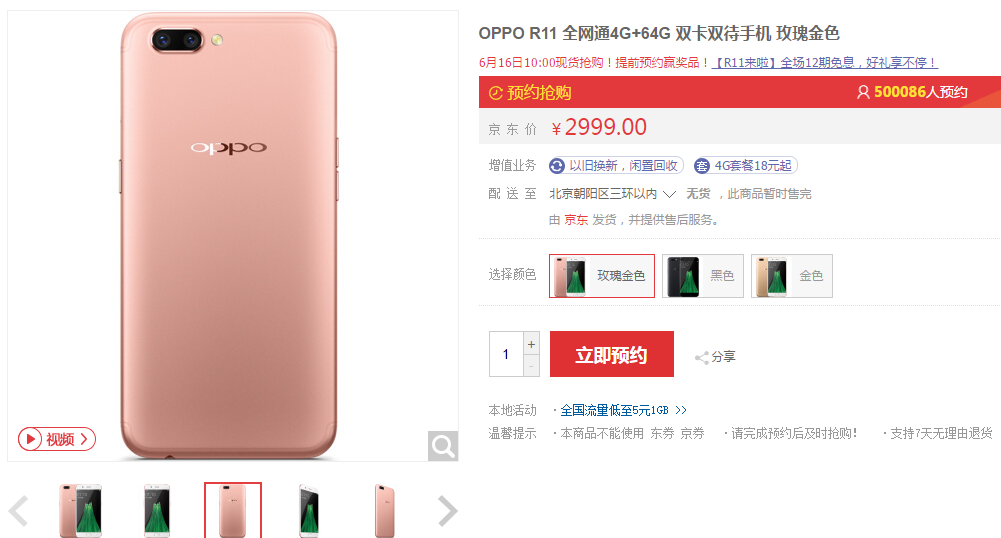 Of course, being Oppo’s flagship model also mean it will be carrying the burden of maintaining the achievements established by its predecessor including the top-selling smartphone in China for 2016. However, that doesn’t seems to be something which the Oppo R11 have to be worry about as the device had already crossed the 500,000 registrations mark in less than 3 days after it was announced.

Do keep in mind that registrations doesn’t involves any monetary transactions, it only entitles the registrar an opportunity to take part in their first flash sale which will be held on June 16th later this week. If you’re interested, the Oppo R11 is currently listed at 3,199 Yuan ($470) and is available in Gold, Rose Gold, as well as Black.