upcoming entry-level smartphones from Motorola that are pegged to launch as Moto C and Moto C Plus smartphones. According to the leakster, the Moto C will be a 3G phone whereas the Moto C Plus will be supporting 4G connectivity.

The Moto C will be coming with a 5-inch screen that offers a resolution of 854 x 480 pixels. It will be powered by MediaTek’s 32-bit 1.3 GHz quad-core processor.  The SoC will be coupled with 1 GB of RAM and will provided users with internal storage choices of 8 GB and 16 GB. For photography, it is expected to include a 5-megapixel rear camera with LED flash and 2-megapixel selfie camera with LED flash. It will be featuring a 2,350 mAh battery. 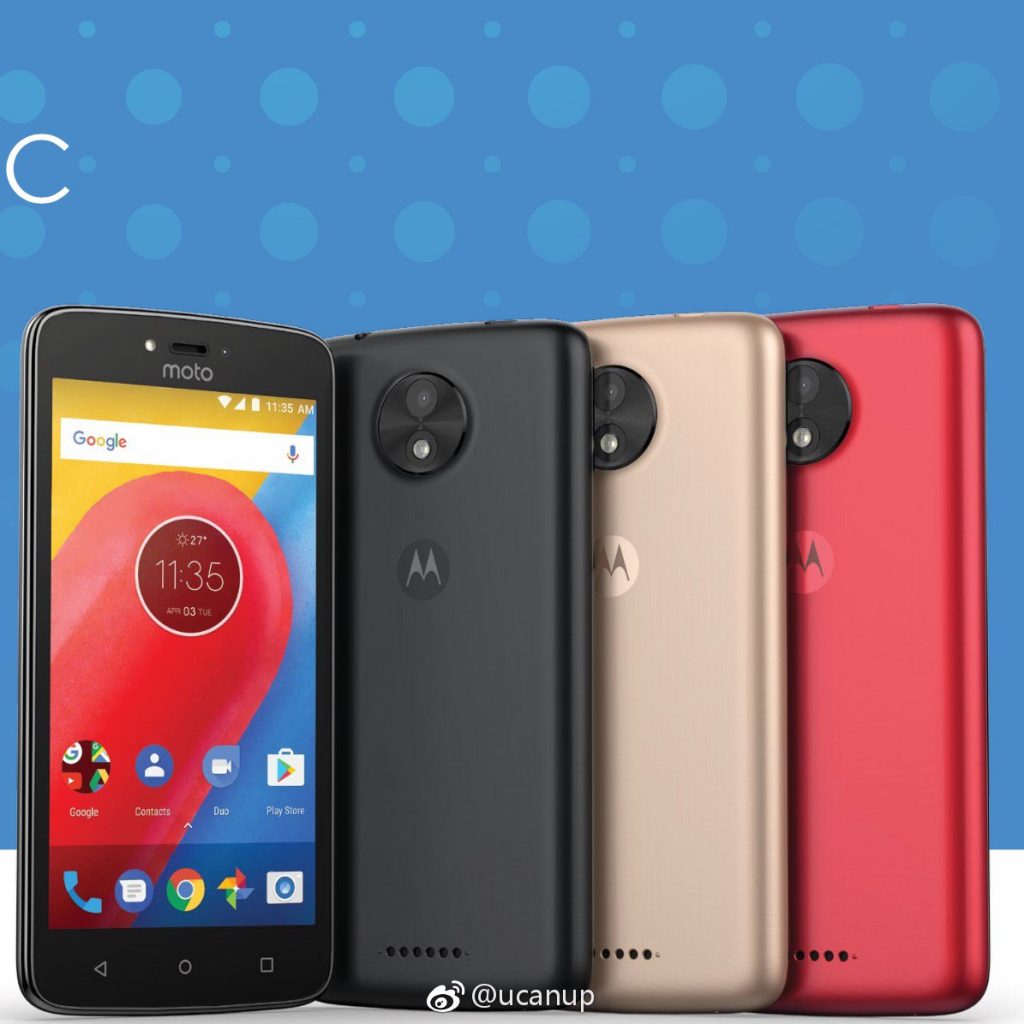 The Moto C Plus will also include a 5-inch screen that will be supporting a resolution of 1,280 x 720 pixels. A 64-bit 1.1 GHz quad-core processor is expected to drive the Moto C Plus. It is expected to feature either 1 GB or 2 GB of RAM based on the regions where it will be arriving. It will be coming with an 8-megapixel rear camera with features such as autofocus and LED flash and it will also feature a LED enabled 2-megapixel selfie camera. It will be coming with a 4,000 mAh battery.

Both phones will be running on Android 7.0 Nougat and are likely to be priced around $100.

Meizu E2 will be announced on April 26th this month